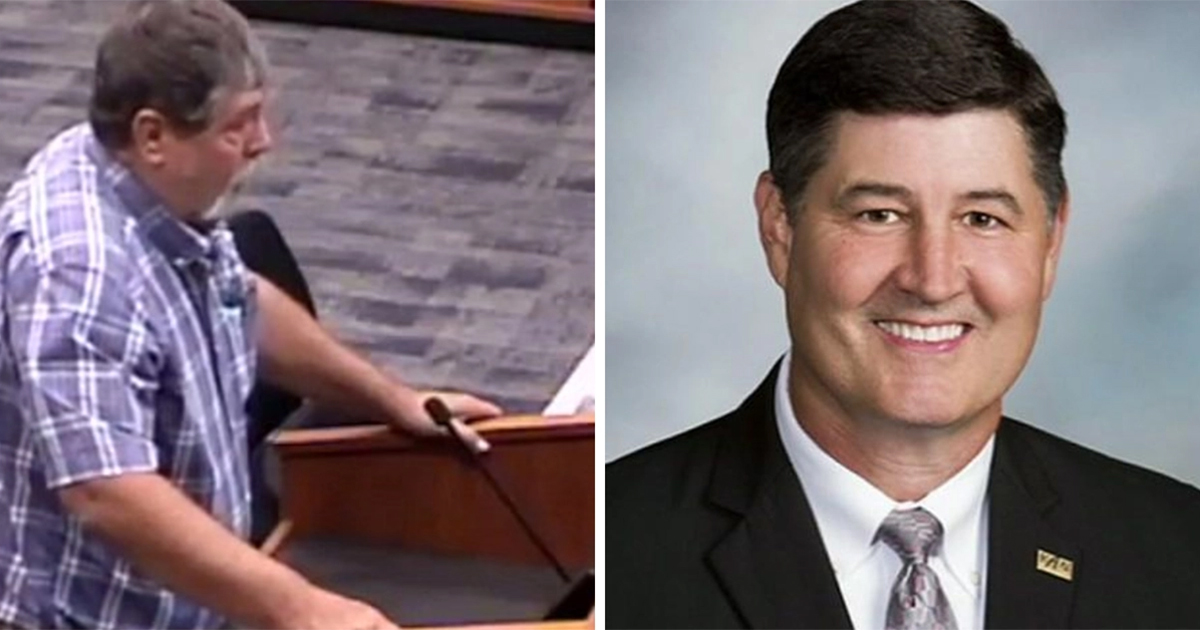 Today in many schools, students undergo a ton of social pressures and bullying. Most of the bullying and trauma, however, comes from their peers and classmates. There aren’t many occasions where the administration is the one bullying the students, but, one man is now speaking out about his own situation in which he suffered a the hands of the district superintendent.  A Texas man met with a school district board this week to discuss bullying and tormenting he suffered through as a student in the mid-’70s.

Greg Barrett, whose legal name is Greg Gay, met with the Katy Independent School District on Monday and admitted in front of the panel that Superintendent Dr. Lance Hindt had bullied and tormented him during his time at West Memorial Junior High School. Not only was he bullied by the superintendent, but also by his peers and other school staff and administration–all due to his last name.

The tormenting got so bad, that Barrett says he contemplated suicide.

One day at lunch, I had my head shoved in a urinal, where it busted my lip. I had laid on the ground in the fetal position as the kids kicked me. Well I went home and I got the .45 out of my father’s drawer and put it in my mouth because at this point I had nobody. Nobody in the school system to help me.


The worst part of this incident is that Barrett admitted to the panel that the superintendent was the one who shoved his head in the urinal. According to the video footage, Hindt laughs off the accusation and dismisses Barrett on the spot.

Since the video and accusations went public online, Hindt released a statement denying any involvement in the bullying of Barrett.

‘It was difficult for me to listen to a gentleman Monday night recount a bullying incident he said occurred more than 35 years ago. As superintendent in three school districts in Texas, I have always tried to create an environment where every student is safe — physically and emotionally. But when an individual impugns my character and reputation as the instigator of those actions, I am disappointed because it simply is not true. I do not recall this person from my childhood. I did not graduate from the same high school as Mr. Barrett, though we did attend the same junior high in 1978. And my junior high principal — Mr. McMeans — would never have let me (or anyone else) get away with the actions he described.
I do not suggest that Mr. Barrett was not bullied, only that I was not part of it. Bullying is wrong. Period. It was then and it is today. At Katy ISD, we are always looking for ways to make our campuses and our students safe. I am proud to lead a district that is not afraid to confront bullying behavior – whether in person or online. We are always challenging our teachers and principals to identify harmful behavior and to intervene as necessary.”

With bullying becoming an ongoing issue in schools, and school shootings becoming a regular occurrence across the country, it’s important for administration and staff to pay close attention to these situations and speak up.

I needed to come forward with my story to try to make somebody listen up there that can make policy changes that teachers can be held accountable for not doing anything.

The whole thing is I want to help the other kids, and I hope that this message gets out there so that it may save somebody’s life.

The post Former Student Confesses He Was Bullied And Tormented By School Superintendent appeared first on YesPlz.