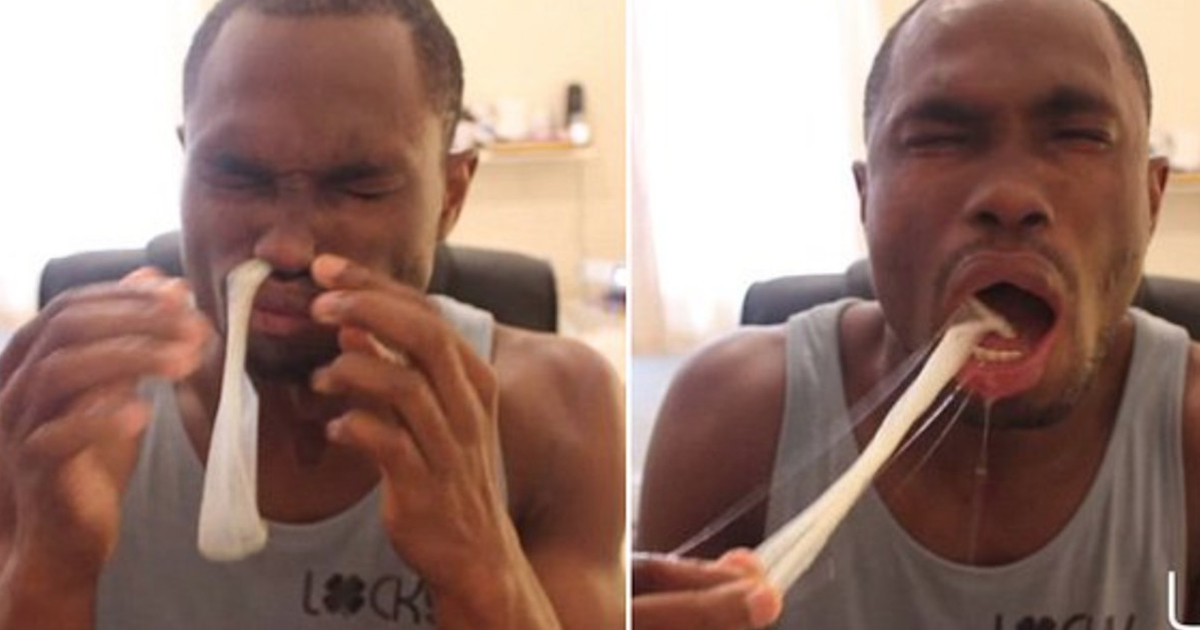 After seeing that kids were actually eating laundry detergent, it felt as though society couldn’t get any dumber. I mean, it’s laundry detergent–obviously, it’s not good for you. But, alas, kids still ate Tide Pods and created an entire epidemic for poison control to handle.

Tide Pods were one thing, but the latest viral challenge that kids are partaking in takes stupidity to a whole new level. Dozens of teens on YouTube and Snapchat are partaking in the newest “Snorting Condoms Challenge.” No, I’m not kidding. According to reports, the challenge involves teens snorting a condom up one nostril into their throats, and then, trying to take the condom out through their mouth. It’s disgusting.

The trend, while it seems ridiculous, is not new. In fact, this challenge is an oldie being brought back, as it first hit the Internet back in 2003. However, there are severe complications that come with the snorting condom challenge, as you’d imagine.

Professionals advise against anyone snorting anything that can risk choking. As well, there is a chance of allergic reaction to the latex or chemicals used on condoms. There have been several reported complications with the challenge, including one person suffering from a collapsed lung after swallowing the condom. Another had gotten the condom stuck in her airway. And, yet, another suffered from appendicitis when pieces of the condom had gotten stuck in her appendix.

Like any other challenge on the Internet, it’s best to avoid doing stupid things just to seem cool and go “viral.” Your health is your wealth–who wants to be the person who goes out “choking on a condom?”