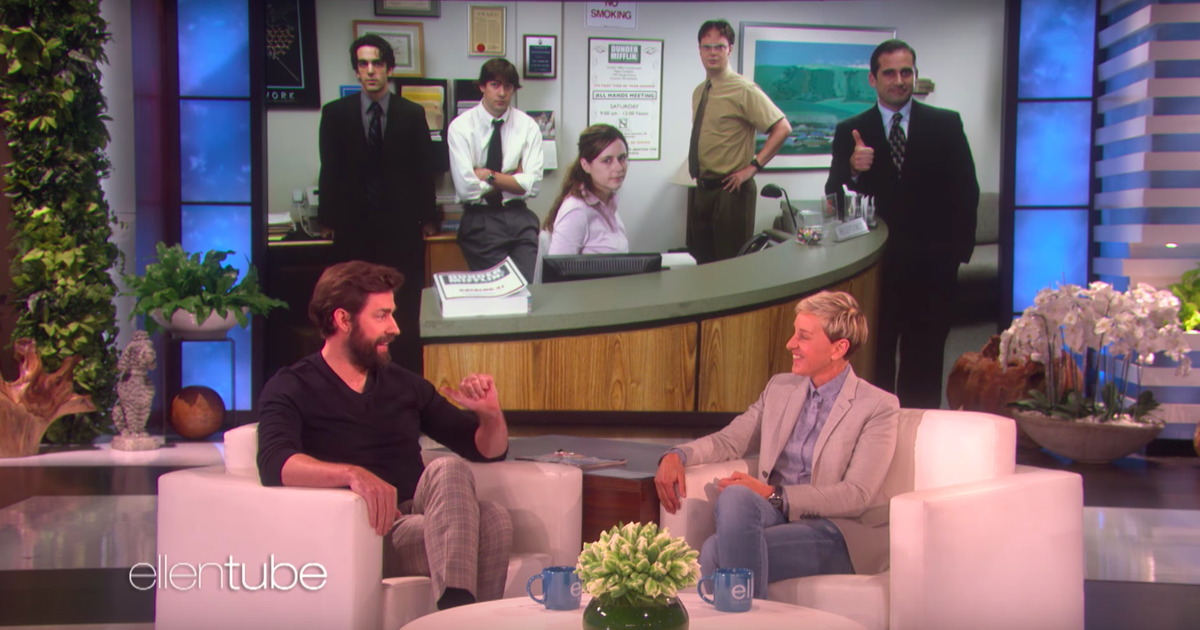 Who’s got two thumbs and is down for a reunion of The Office? John Krasinski.

The actor stopped by The Ellen DeGeneres Show in some fun pants and a beard to chat about how he’s gone “from geeky to gorgeous” and address those rumors about NBC rebooting the beloved sitcom, The Office.

Krasinski admits he heard about the rumors on the internet but has not yet received a call about returning for a follow-up project. “What does that say? That NBC‘s like, ‘you know who we didn’t like? Jim,'” Krasinski asked while fake crying. “It better not be true.”

Being the supportive friend she is, Ellen assured Krasinski that NBC wouldn’t DARE reboot the show without him. Krasinski revealed he’s ready to suit back up as Jim Halpert whenever he’s asked, but do not proceed without Steve Carell. Do you understand?