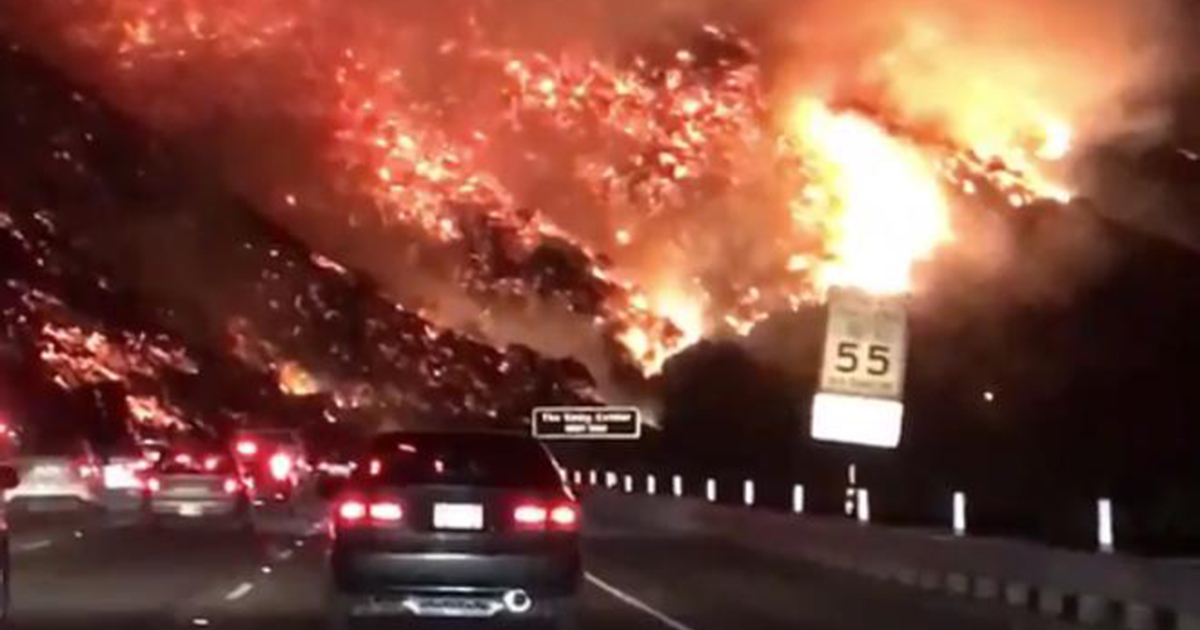 Vicious wildfires have engulfed vast swaths of Southern California, destroying at least 150 structures in the city of Ventura and forcing thousands to flee. Los Angeles hasn’t gotten away unscathed, as this commuter’s video shows a mountain of flames raging off a major highway. At least four homes have been destroyed and now the Getty Center art complex is being threatened.

Not the typical morning commute… pic.twitter.com/kJIOQeqsIK


And this video from within the fires in Sylmar, in northwest LA, is absolutely mind-blowing.

No civilian deaths or injuries have been reported.​