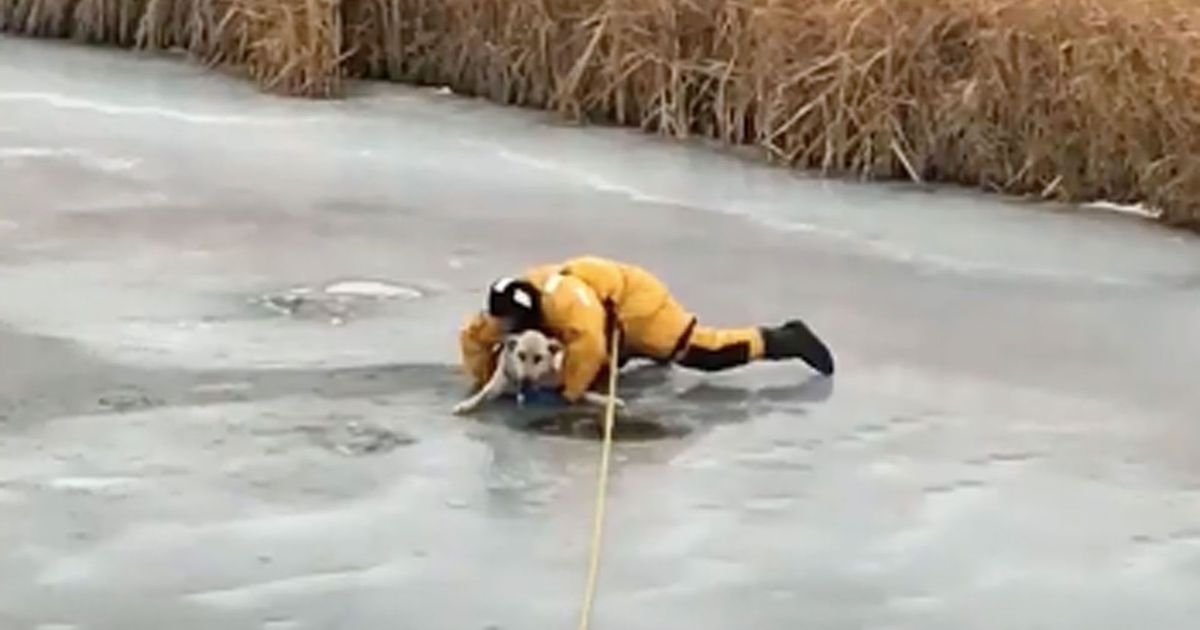 2017 is in dire need of heartwarming tales, so here’s one about a dog that fell into a frozen creek and was successfully rescued by a team of firefighters.

“STAY OFF THE ICE!!” Pilon wrote, explaining that the dog wandered onto the ice and fell through after its owners let him run off-leash.

To bring the dog back to shore the team secured one of the firefighters with a rope and sent him out onto the frozen water. The ice was so thin that the firefighter also fell through, but thanks to the rope he was able to recover the dog and pull it to safety.

“Quick action calling the fire department helped save their pet,” Pilon said, reminding people to proceed with caution near ice and “keep pets and children away from the creek.”


Canada’s CBC News notes that ice freezes at varying thicknesses and the should always be measured before travelled on, according to the Government of Saskatchewan.