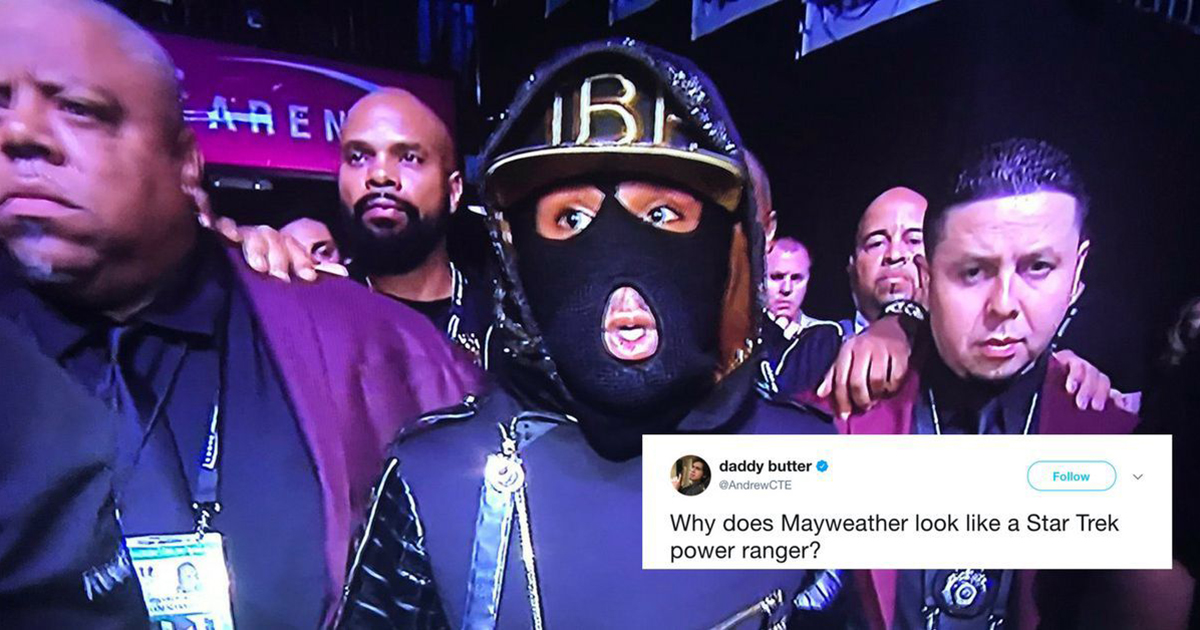 In what many called “the fight of the year,” boxing legend Floyd Mayweather went toe-to-toe with UFC Lightweight Champion Conor McGregor this past Saturday, August 26th. The bout between the two men, which has been endlessly hyped over the past year, was predicted to be the highest grossing fight in history, and one of the most important ones of Mayweather’s career: a win would cement his nearly unmatched 50-0 record. Many fans were distracted, however, by Mayweather’s decision to enter the arena in a black ski-mask that covered his entire face. Why would the legend choose to wear that? Twitter had some potential answers:

Just to be perfectly clear:

No Mayweather did not come out looking like an extra in a Janet Jackson video.

The cross-over between boxing fans and Spongebob fans is surprisingly large:

If  Star Trek Power Rangers were a thing, this is what it would look like:

Why does Mayweather look like a Star Trek power ranger?

Robbing everyone who paid for Pay Per View #MayweathervMcgregor pic.twitter.com/deABbtWsu4

Mayweather was truly the hero of the evening:

Mayweather looks like a Walmart Black Friday superhero who saves you from getting stampede for a $40 tv pic.twitter.com/jF9weAoWv4

During the fight, there actually WAS violence on both sides: