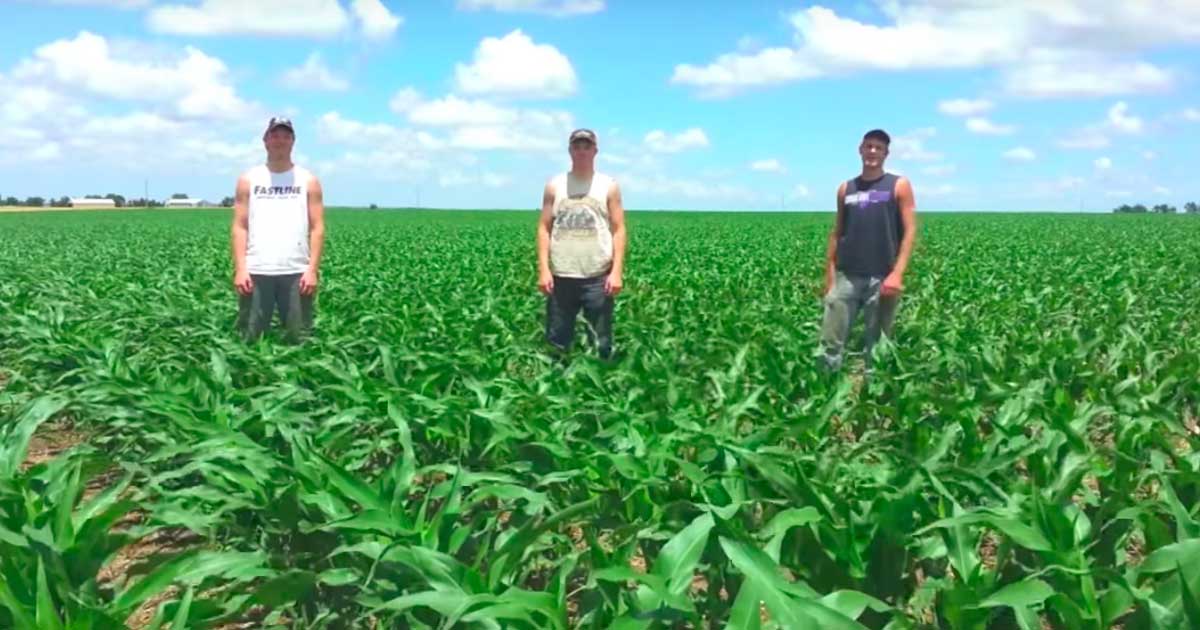 If I asked you to think of the Fresh Prince of Bel Air theme song, chances are the tune would instantly come into your head at the mention of it.

And that is understandable. The show was hilarious and taught a variety of great lessons during its 6-year run from 1990 to 1996.

It was just icing on the cake that the sitcom had a very catchy and instantly recognizable theme song.

Many parodies of the Fresh Prince of Bel Air theme song have come out over the years. Will Smith even sang the song as recently as two years ago on the Ellen Degeneres show.

But the parody below is definitely one of the most entertaining and catchy ones I’ve seen.

Three farm siblings by the names of Greg, Nathan, and Kendal Peterson – or collectively known as the Peterson Farm Bros – created a parody to the famous theme song hilariously called, “A Fresh Breath of Farm Air.”

The three show a variety of picturesque farm shots while singing perfectly tailored lyrics for their farm theme. Check out a snippet of the lyrics below:

In Central Kansas born and raised
On the family farm is where we spend most of our days
Chilling out, feeding cattle morning and night
And all doctoring the ones who ain’t feeling alright

When we finish with that, we do our best to provide
By growing all your food up in the countryside
We make sure to be safe, so our mom’s not scared
She says, “Farming can be dangerous, so be prepared.”

Pretty good, right? I bet you read that in the tune of “Fresh Prince”! The video also features a hilarious edit of cows swaying their head to the beat, and the brothers include cameos from the brothers’ mother and sister as well.

The production of the video is really well done too! The boys include a variety of shots showing the different aspects of farm life. The video was done to promote agriculture, and after watching it, I sure wouldn’t mind giving the boys a hand!

Check out the charming video below.