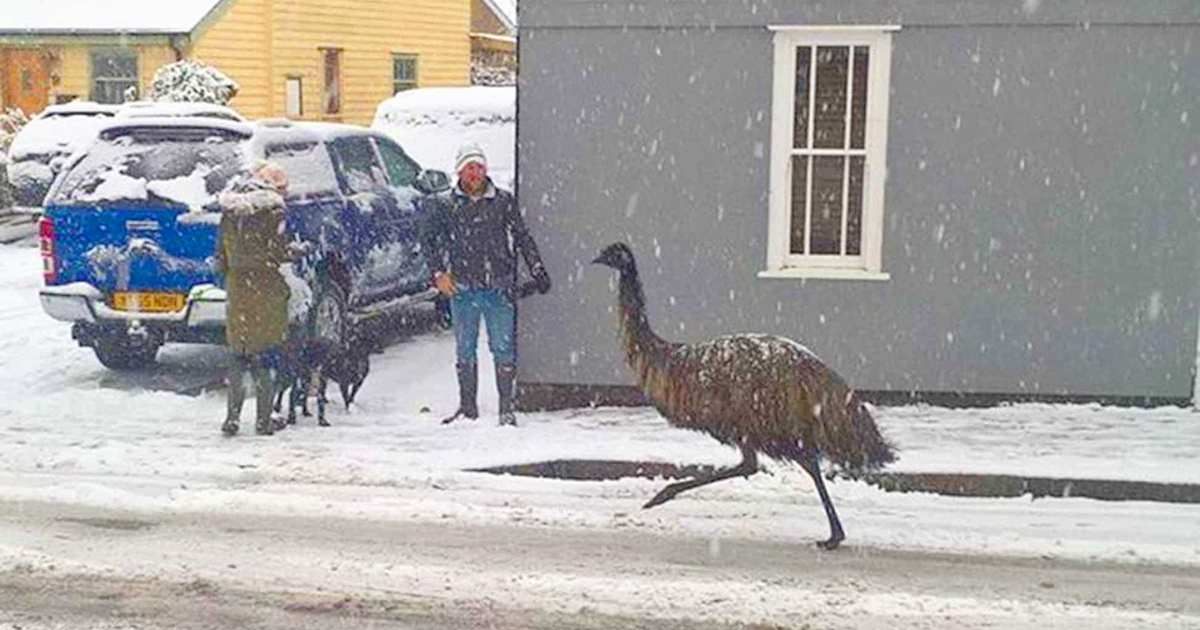 Here’s a story you don’t hear every day. An emu named ‘Farage’ has fled from a home and ran down a snow-covered street. What did I tell you? Pretty crazy.

The bird had been sighted yesterday running through the streets of Tollesbury in Essex before being apprehended by three men before it was caught in a headlock inside a village churchyard by some gravestones.

Matthew Devonport, a resident told Essex Live that he was “flabbergasted” by the puzzling chase he had witnessed.

I was going up to the recreation ground with my son George and his two friends Sid and Fred Payne. We came up to the churchyard and there was an emu there running through the gravestones.

Farage the emu had escaped from its home at the other side of Tollesbury Church.

There was some form of argument about how the bird had managed to run away with the old lady who was Farage’s owner trying to catch her bird.

After one man managed to get the emu in a headlock, the bird was successfully returned to it’s owner and returned home.