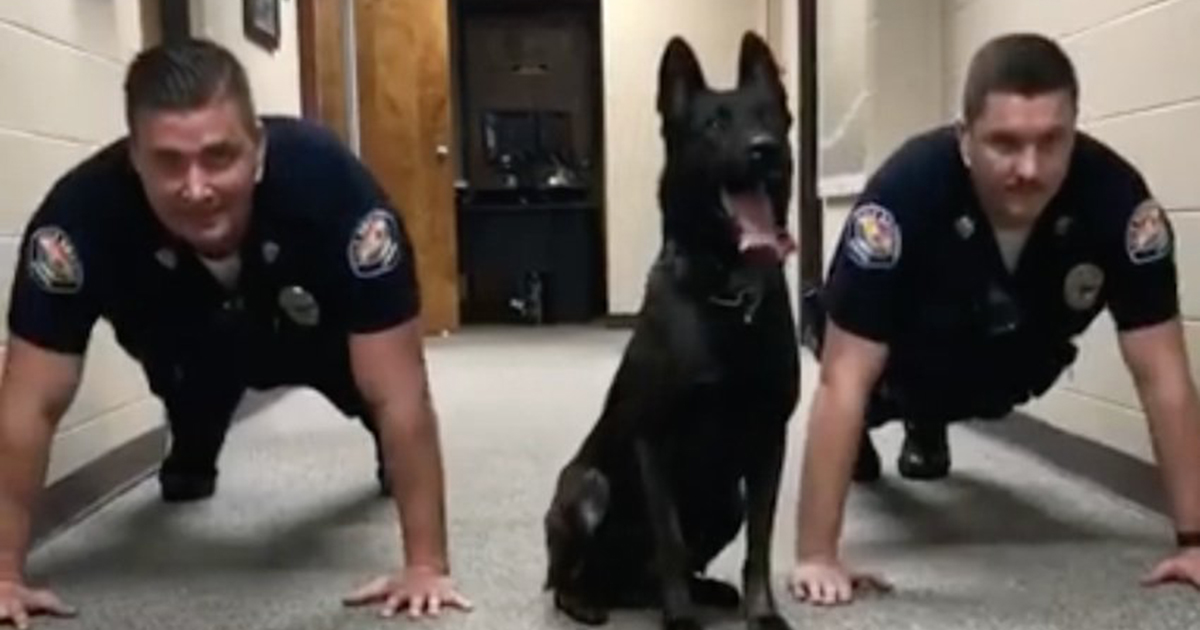 K9 Nitro, Officer Cowan and Officer Hancock are getting warmed up and ready to apprehend any bad guys that break the law! That means it’s time for their “9 pm routine” – push-ups all together. Nitro is the Gulf Shores Police Department’s newest member. The Dutch Shepherd joined the Alabama K-9 unit and is already showing up his fellow officers with his energy and enthusiasm.

Nitro has only been in the force since February, but it is clear he is already enjoying the thrill of the fight. This video was produced as part of the department’s ‘9pm routine’, a social media campaign encouraging local residents to lock up and remove valuables from their cars at the end of the night. Keep up the pawsome work, Nitro!

It’s 9:00 PM #GulfShores! Go ahead and follow the #9PMRoutine. 🔐🚪🏡🚘🚗✅K9 Nitro, Officer Cowan and Officer Hancock are getting warmed up and ready to apprehend any bad guys that break the law!•••* Media Sources: You have our permission to use/share video while providing credit to the Gulf Shores Police Department.