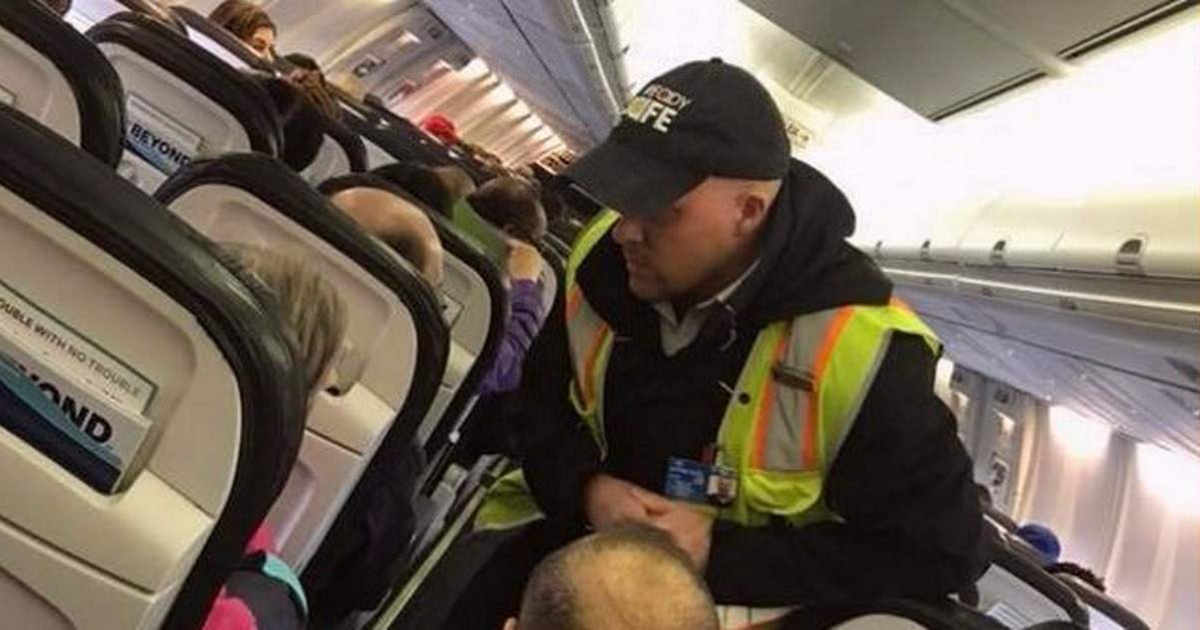 Planes are delayed for take-off for all sorts of reasons. It can be bad weather, a back-up on the runway, or sometimes – and most unpleasantly – because of an unruly passenger. That’s what Kristen Wiley recently experienced on her flight, but it wasn’t for the reasons you’d expect.

Kristen and the other passengers on Alaska Airlines Flight #748 were waiting to take off when the air crew was alerted about a passenger sitting in front of her.

The passenger wasn’t drunk or angry. She wasn’t being loud or obnoxious either. In fact she was cuddling her sweet emotional support dog when Alaska Airlines crew member approached her.

Kristen snapped a photo and shared what happened next on Facebook:

“We are currently sitting on a plane, with a 45 minute delay. Why? Because there is an elderly woman suffering from dementia, who is very upset and confused.

“The incredible staff of Alaska Airlines is being extremely patient and compassionate, in what can only be a very scary situation for her.”

“Explaining every step, cuddling her dog, working with her husband/caregiver to find the best solution. In short, the entire crew giving so much kindness. This is how I would want my mother, my sister, my aunt, my daughter, my niece, my friend cared for.”


“Alaska Airlines calmly assisted the woman, her husband/caregiver and sweet pup off the plane, providing hotel and transportation with plans to rest up and try again the following day,” Kristen wrote. “Again, incredible compassion given to the both of them while quietly explaining the situation to other passengers.”

We are currently sitting on a plane, with a 45 minute delay. Why? Because there is an elderly woman suffering from…

Kristen thanked the airline for “giving first class service to every passenger”, especially as this elderly woman was in need of some extra care. She was also happy to report that the elderly woman’s daughter reached out to her because of her Facebook post and confirmed that her mom and dad reached their final destination safely.

It’s not every day you see such compassion and courtesy, so it’s no wonder Kristen’s post went viral. Share Kristen’s story with your friends if you agree.