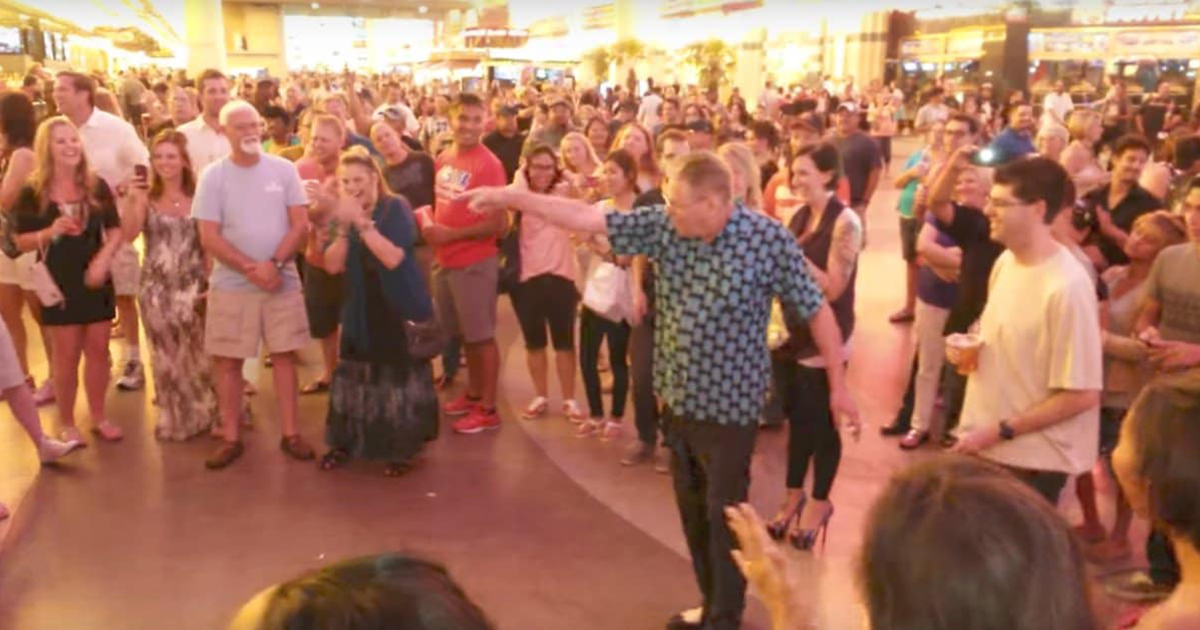 Street performers rely on the public to enjoy their entertainment to help them make a living. But what they don’t expect is for a member of the public to get in on the act!

When an old man challenged a pair of breakdancers to a dance-off, they thought they had no competition and welcomed the challenge. What they didn’t anticipate was that the grandpa would be a top-class breakdancer himself!

Breakdancing is a popular dance form among the younger generations of today, so we don’t expect that older generations would be accustomed to the dance style. However this video just goes to show that you should never judge a book by its cover.

As the dance-off begins and the elderly gent begins to show off his moves, a crowd begins to gather and the dance display just gets better and better!

The three dance-off participants take it in turns to show off their best moves and the gathering audience enjoys the hilarious display of talent. The routines begin with impressive footwork, such as moonwalking, and then progress on to faster paced moves and even some floor work.


The break dancers obviously have had years of training to be able to do what they do, but by the looks of it the older man is probably a secret dancing champion himself!

While there is no decided winner at the end, the old man certainly wins the award for best entertainment!

If these guys impressed you with their smooth moves then feel free to leave your thoughts in the comments below.