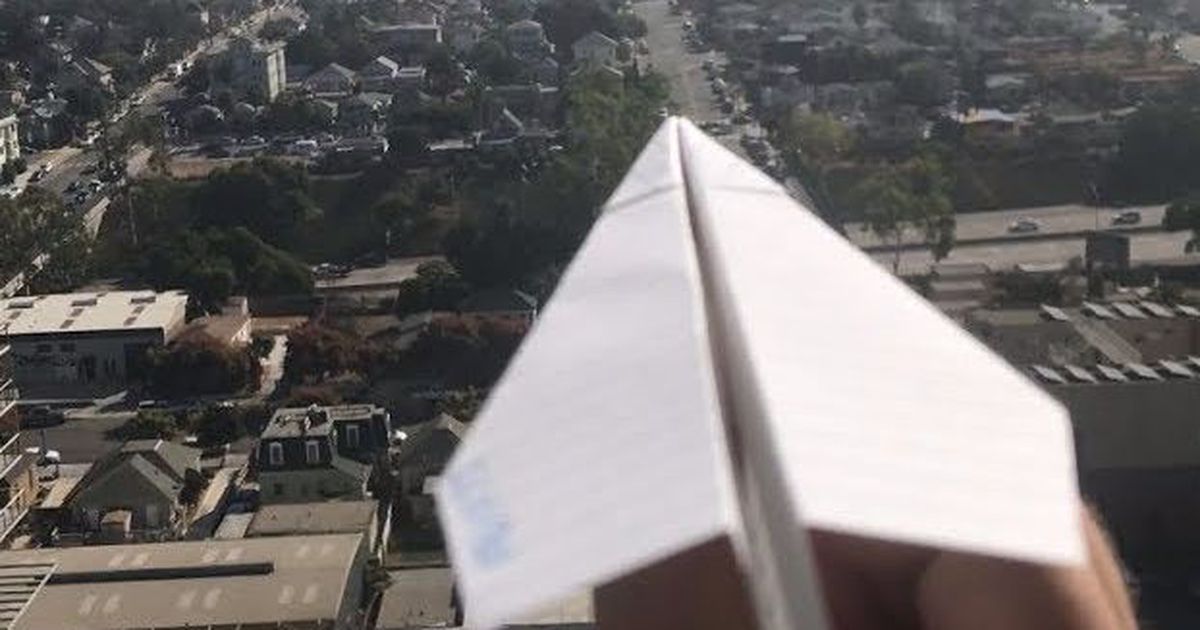 Some classic forms of entertainment just never get old, like watching a paper airplane that you made take flight.

Redditor 1likeeggs is fortunate enough to live in an apartment high in the San Diego sky with access to a balcony, making it the perfect spot to launch paper airplanes. Apparently, every day when he wakes up, he makes a plane, names it, and sends it off into the world.

1likeeggs decided to document his daily flights on YouTube, testing out various types of planes with cutesy names, like the S.S. TATERTOT and the S.S. BEEFTACOS.

He did receive a bit of criticism, however, for littering. So to offset his carbon footprint with his planes, the man decided to take to the streets of San Diego to pick up a bunch of trash.