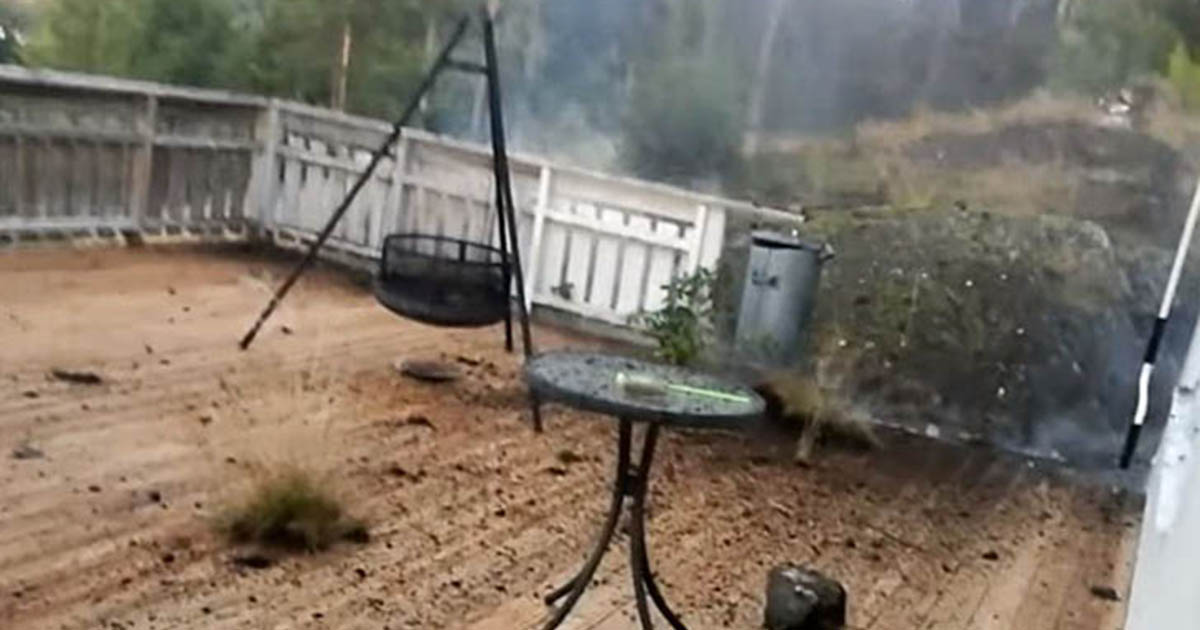 Daniel Modøl, 38, was standing on his terrace in Gjerstad, Norway, filming a thunderstorm taking place over his picturesque home set in a grassy mountain range. Nature, however, had planned something more.

While still in his flip-flops, Daniel witnessed a lightning strike leaving a crater in his backyard about 15-20 feet (4,5-6 meters) away from him. He wasn’t fast enough to record the near-instantaneous bolt, but he did document the aftermath.

The power of the blast sends debris flying and causes Mr Modøl to step back and lose control of the camera.

When he has regained control, he is presented with a different scene – his porch now charred, grey smoke moving across its wooden facade.


The post Dude Records the Scariest Moment of his Life when Tries to Capture a Lightning Storm Outside appeared first on THE BEST VIDEOS BEFORE THEY GO VIRAL – Damn Bored TV.