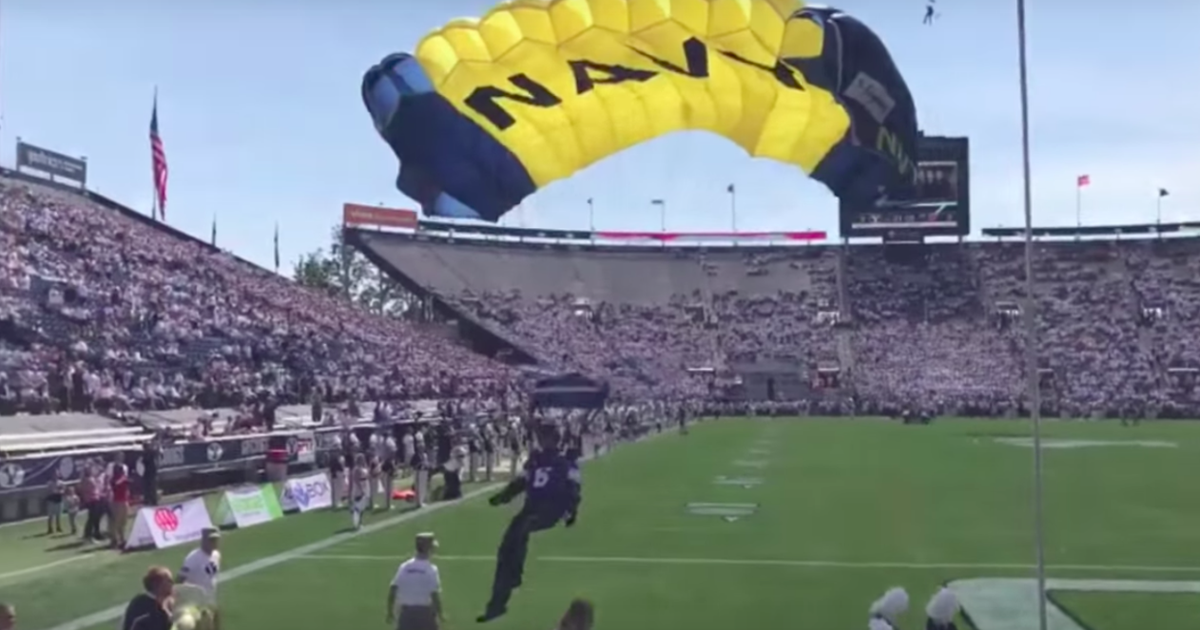 A display of human skill and courage went awry on Saturday during a college football match when a Navy parachuter missed the field and crashed right into the side of the stands.

Wisconsin was facing off against BYU in Provo, Utah, but a little pregame entertainment stole the show. Multiple Navy SEALs with gold and blue parachutes landed in the field before the game, but one overshot his landing, almost hitting the crowd.

The incident was captured on multiple cameras throughout the crowd, and everyone pretty much had the same reaction.

There are multiple reports stating the wall was padded, so hopefully that at least provided a small amount of insulation.


A spokesperson for BYU told Fox13 that no one was injured in the crash.

Yep, everyone saw that.