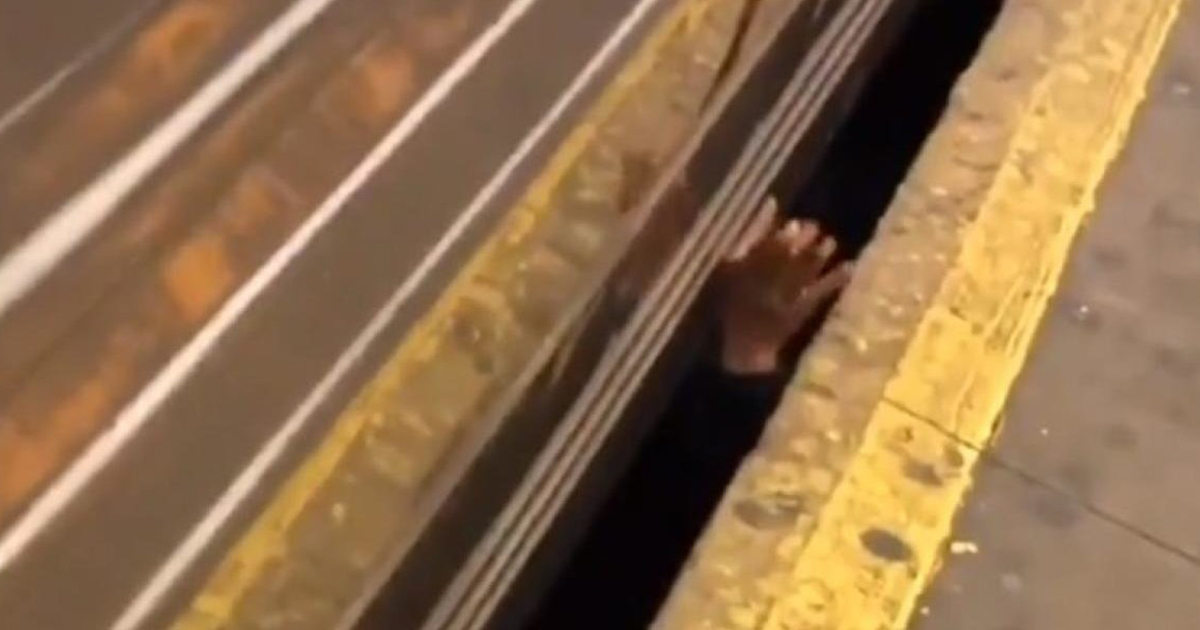 New York City is renowned for its unique and often eccentric residents, but on Monday, one man earned the prize for doing the most New York thing ever.

During Monday’s commute, a drunk man was recorded smoking a cigarette on the subway tracks , and then continued to do so as the train approached. The B train passed over the man, who signaled he was fine by waving. He then threw a bottle at the conductor’s window, propped himself back onto the platform, and literally danced away as the FDNY escorted him off the platform.

Been living in NYC way too long. Saw a guy on the tracks this AM, with the B train speeding ahead. Tried to pull him out and he ducked under the tracks. He’s all good, he was just enjoying a morning cig under the train. pic.twitter.com/SV20vtj6go

Since New Yorkers are shocked by literally nothing, and since they only recruit the toughest of the tough, the incident quickly made the rounds on Twitter, along with some great commentary.

The "mind👏🏿ya👏🏿bidness👏🏿" factor in New York is something I'm still adjusting to. Exhibit a: https://t.co/TRhB1Vltps

Recent New York transplant Richard Johnson noted that the “the “mind ya bidness” factor in New York is something I’m still adjusting to.”

Get used to it, bro. This is nothing.

Ain’t no thing here. Just wait til you see what goes on inside the trains.

Check out “that footwork at the end,” said Fiyah Angelou.

That footwork at the end 💀
NOLA, come get ya man ⚜️https://t.co/lm66W8gVCj

New Yorkers find inspiration in everything, so it’s no surprise that “not all heroes wear capes” made an appearance. Amen, James H. Plummer II.

But New York City is a stressful place, and Fiyah Angelou put forth some empathy for the under-train smoker.

Honestly, NY is what will push a person to that (seeking solace UNDER the gd subway tracks).

“Honestly, NY is what will push a person to that (seeking solace UNDER the gd subway tracks),” she tweeted.

Then again, how much danger was the guy really in? We’re talking about the crotchety B train (yeah it’s still a thing), which is rarely spotted in the wild.

“To be fair it’s the B train,” J tweeted. “So he prob thought he had a good 3 hours down there without interruption.”

All joking aside, playing on or near the subway tracks is extremely dangerous. Forty-eight people were struck and killed by subway trains in 2016. And although this was a five-year low, overcrowding and hazardous conditions on platforms are forcing the city to consider constructing barriers between the platforms and the trains.

Please don’t do this.