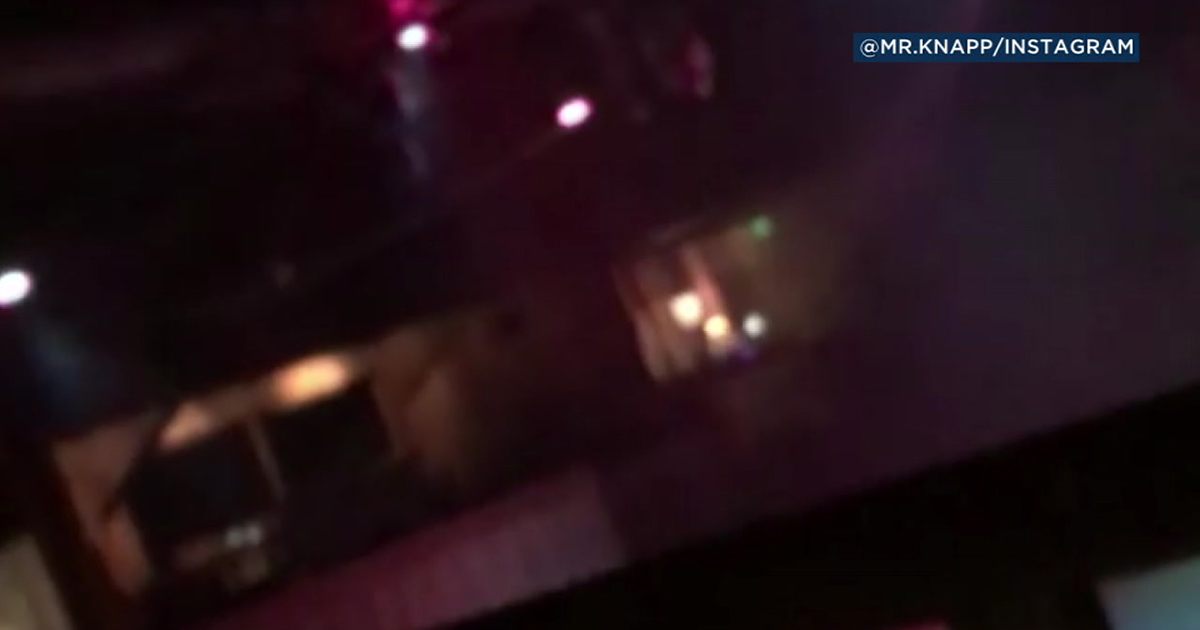 The video was shot by a man inside the Borderline Bar & Grill at 99 Rolling Oaks Drive, where a lone gunman fatally shot students and other patrons Wednesday night.

In an Instagram post, mr.knapp uploaded the video to social media with the caption, “I looked him in his eyes while he killed my friends I hope he rots in hell for eternity. The guy you see is the murderer and the shots are him shooting the wounded on the ground.”

WARNING: This video may be disturbing to some viewers.

Wanted to keep this video up so people don’t forget about the victims and their families. #tostrong #countrystrong

The video shows what appears to be a semi-empty dance floor as a man dressed in dark clothing is behind a counter-like wall and shooting. About 10 gunshots are heard in the video.

The man taking the video runs out of the venue and yells, “Guys, run, he’s coming out this door!”

Several people are heard screaming in the distance.

The suspected gunman was identified by authorities as 28-year-old Ian David Long.