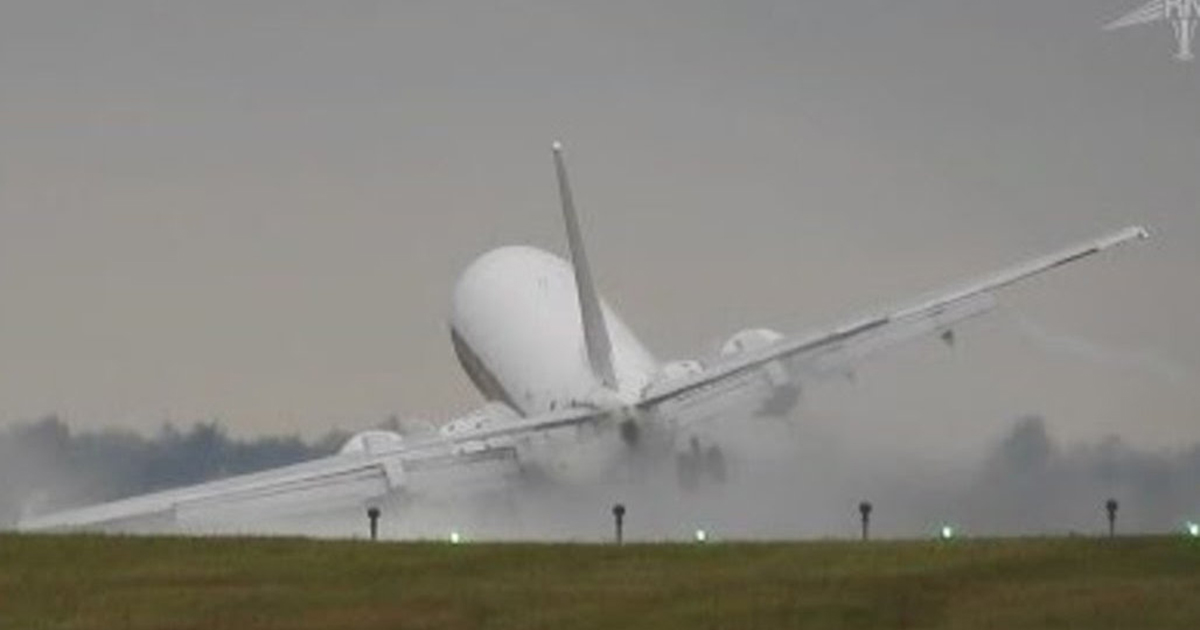 Filmed at Václav Havel Airport in Prague, Czech Republic, the terrifying video shows the large airplane getting violently thrown about like a small toy just as the wheels graze the runway.

As the plane tries to touch down, it becomes apparent that the aircraft will not be able to overcome the large gusts of wind preventing it from landing — left with no other option, the pilot immediately begins to reascend.

The footage, which was posted on YouTube on October 4, has already been viewed over 200,000 times, and has racked up many comments commending the pilots on a job well done.

Thankfully, the plane was able to land safely on the second attempt.