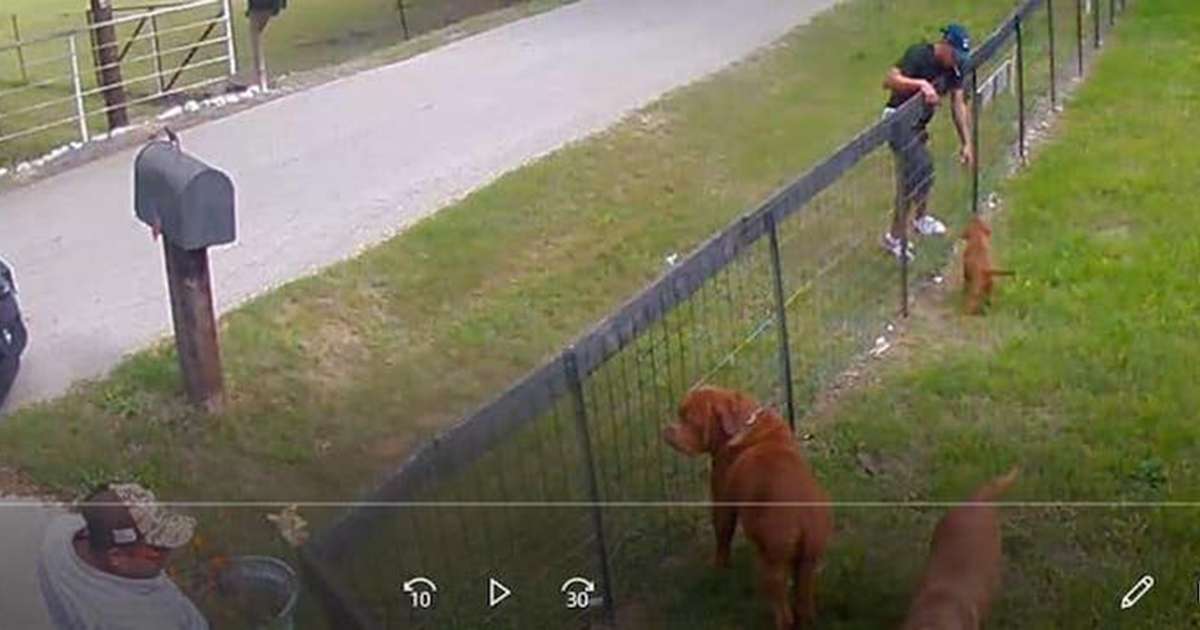 A family is desperately trying to find the two men who stole their 10-week-old puppy from their front yard in broad daylight on Monday.

In the video shared by Matt Ivy (of Ivy Bordeaux), a black Cadillac SUV can be seen pulling up out front of the fenced area of his home. His 10-week-old Dogue de Bordeaux puppy, Chipper, is playing out front with two adult dogs when two men walk up to the fence.

One man is talking on his cell phone while the other man violently grabs Chipper by the neck and placing him into the SUV before driving off.

Ivy shared video of the incident on Facebook in the hopes that someone will identify the thieves.

The puppy was stolen on October 8, 2018 at 2pm in the afternoon and Ivy wrote, “2 thugs stealing my 10 week old Dogue de Bordeaux puppy yesterday in Mesquite, TX. Suspects may live in Amarillo or Lubbock, TX. Detectives can’t start case until the morning or Tuesday. Any help with looking for ads, shares, tips, ANYTHING is greatly appreciated. Fox and NBC have been notified and microchip has been reported stolen and is registered to me.”

“Thieves might have possible ties to Lubbock or Amarillo. $500 reward for information leading to safe return of Chipper,” he added. The puppy could fetch close to $3000 for the unscrupulous robbers.

Since posting the video of the theft, it has received over a million views. Ivy shared several screenshots of the two men.

He also highlighted an emblem on front plate on thieves’ vehicle, a Cadillac SRX that may read “CAMAYA”.


Ivy is a Dallas firefighter who breeds the dogs also known as French mastiffs at his home. He told KDFW-TV (Channel 4) that he fell in love with the breed when he was a kid.

“It’s my life outside the fire department,” he told the news station. He learned about the dogs in the movie Turner & Hooch. “They told me, ‘That’s just a mutt, you’ll never find one.’ Flipped through a dog book 15 years ago and found them. Did my research and got them. Been in love with them ever since.”

Ivy said that Chipper was the last of his litter and is microchipped.

Police are beginning to investigate but so far no leads have been reported. Anyone with information about the incident is asked to call Mesquite Police Department investigators at 972-216-6794.