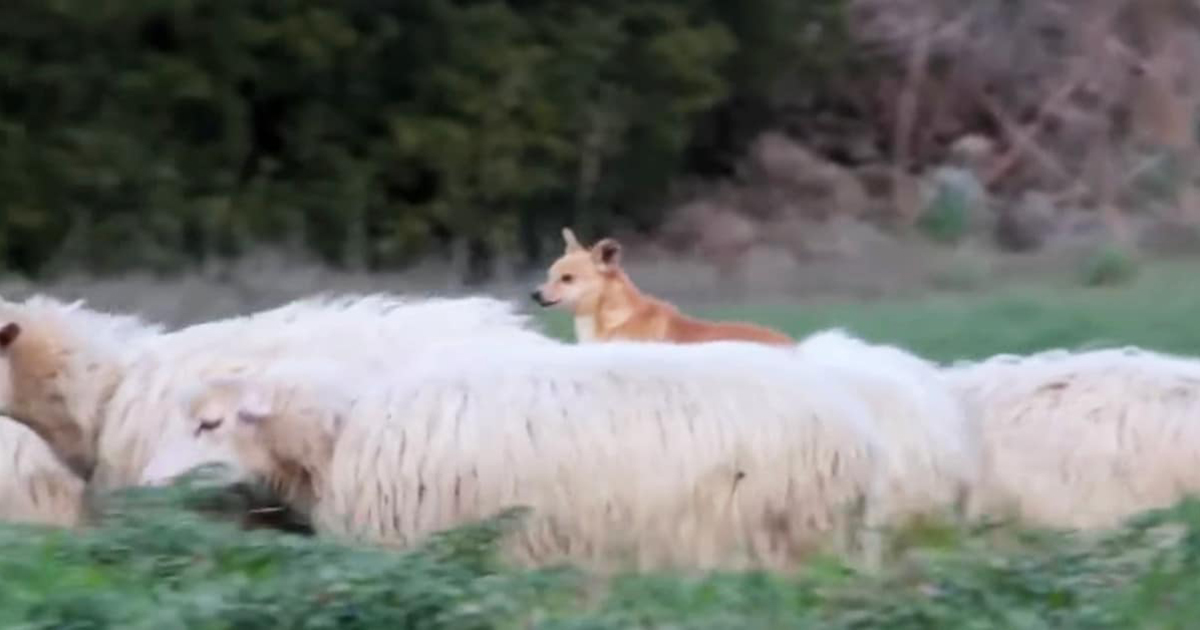 We all know somebody who sleeps on the job. Well, this little canine critter proves that animals are the same as he takes a break from herding the sheep to hitch a lift with one of his flock.

Collies and corgis are generally used to herd sheep, as they are highly energetic dogs with great intelligence. This makes them perfect for a job as a sheep herder. They run around, barking at the sheep and nipping at their heels, in order to guide the herd from place to place.

Well this little dog, spotted in Fordongianus, Italy, must have fallen asleep during training. Choosing to take a cosy seat, nestled in the fur of one of his sheep friends, the little dog watches over the herd from above.

Passersby couldn’t believe their eyes as they watched the hilarious pooch atop of his wooly throne. He clearly didn’t appreciate being caught in the act, as he barked at them, but didn’t care enough to get down from his spot to chase them away.

Instead the dog barks and the herd moves, carrying the mischievous pup along with them. The scene is so funny, I can’t stop watching it. What a funny dog!


Considering how the flock of sheep move as one to get away from the passers by, the dog actually may be better at his job than he first appears. Maybe he has such a great connection with the herd that a simple bark can signal them to move, rather than chasing them around.

Check out the video for yourself to see the hilarious dog in action. Be sure to leave your thoughts in the comments below.