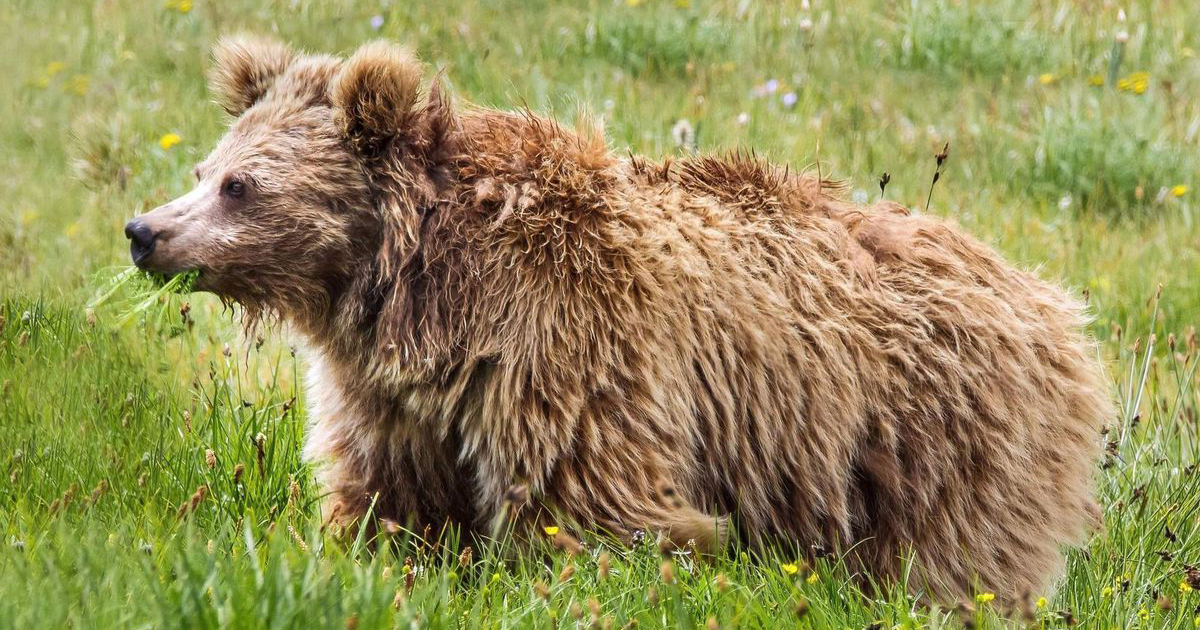 The origins of the Himalayan Yeti myth have been revealed at last — thanks to science.

Big furry animals, larger than humans and capable of walking on two legs do indeed roam the highest mountains on Earth, according to a study published Tuesday in Proceedings of the Royal Society B, a biological sciences journal.

But they’re not Yetis. They’re bears.

After analyzing the DNA of nine purported Yeti specimens, scientists found that five of the preserved “Yetis” were in fact Tibetan brown bears, two were Himalayan brown bears, and one — a relic which looked like a fossilized hand — originally belonged to an Asian black bear.

The ninth specimen — part of a tooth belonging to a stuffed Yeti in the collection at the Reinhold Messner Mountain Museum, turned out to be from a dog.

“I think the taxidermist went a little crazy on that one,” said Charlotte Lindqvist, who led the work. She studies bear genomics at the State University of New York at Buffalo.

Lindqvist’s results contradict a 2014 study by Bryan Sykes, a human geneticist at Oxford, that claimed to find a genetic match between two supposed Yeti samples and an ancient polar bear that lived tens of thousands of years ago.

At the time, Sykes speculated that the creature known as a Yeti might be an unknown subspecies of brown bear in the high Himalayas that descended from an ancestor of the polar bear.

Lindqvist said her more thorough DNA analysis shows that the Yeti specimens all match with bear subspecies known to live in the area.

“It was a very short stretch of the mitochondrial genome that he used — too short to say anything conclusive,” she said. “All he really had evidence of was that the specimens had something to do with bears.”

Both Sykes and Lindqvst were asked to research the science behind the Yeti myth by the British television production company Icon Films. Sykes’ work was shown on a series called “The Bigfoot Files.” Lindqvst’s subsequent research was featured on the 2016 Animal Planet special “Yeti or Not.”

“I’m a biologist and bear geneticist and certainly Yetis have never really been on my radar at all from scientific perspective,” Lindqvst said.


Still, when Icon Films came calling she was happy to sign on to the project in part because she wanted to learn more about the genetic diversity of the bears in this remote region of the world.

Over the course of a year and a half Lindqvst analyzed the genetic sequence from a total of 24 specimens, including 12 scat samples from Himalayan brown bears collected from Khunjerab National Park in northern Pakistan.

Her research suggests that the Himalayan brown bears diverged from all other brown bear lineages approximately 658,000 years ago, making them one of the earliest subspecies to branch off the brown bear group. The Tibetan brown bear split from its sister North American and Eurasian lineages much later, an estimated 342,000 years ago.

In addition, she found that even though the Tibetan and Himalayan brown bears live close to one another, it appears that there has been little intermingling of the two subspecies.

“The data that we analyzed, which is mitochondrial DNA and maternally inherited, shows that at least the female brown bears are very genetically isolated from each other,” she said.

This is probably because the unique and challenging topography of the Himalayan region has kept these two subspecies separate from each other, and other bears, for hundreds of thousands of years, she said.

Lindqvst would like to get more samples from the brown bears of the Himalayas to better understand their origins, but she may be running out of time.

As she notes in the paper, it has been reported that the brown bear population in the Tibetan Plateau and Himalaya region have been reduced by half over the last century due to habitat loss, poaching and intense hunting by humans.

“I know this paper will get a lot of interest because it has to do with the Yeti, but I also hope to put some attention on this group of bears that have evolved independently for hundreds of thousands of years,” she said. “They are highly valuable, and their numbers are dropping.”