When dealing with animals in the wild, human beings should usually let nature take its course. Wild animals are wild for a reason, and oftentimes, our version of help might do more harm than good.

Sure, we take great care of our pets, but usually it’s better to call an expert before handling an animal in the wild. One man in Australia was faced with just this problem when he opened his door, only to find a wounded koala standing on his porch.

When Australian Bruce Atkinson stepped out onto his porch after hearing a strange sound, he was shocked by what he saw. A wild koala was standing there! He was stunned, but he ultimately figured the smartest thing to do would be to give the little one plenty of space. She was a wild animal, after all, and she was clearly distressed. 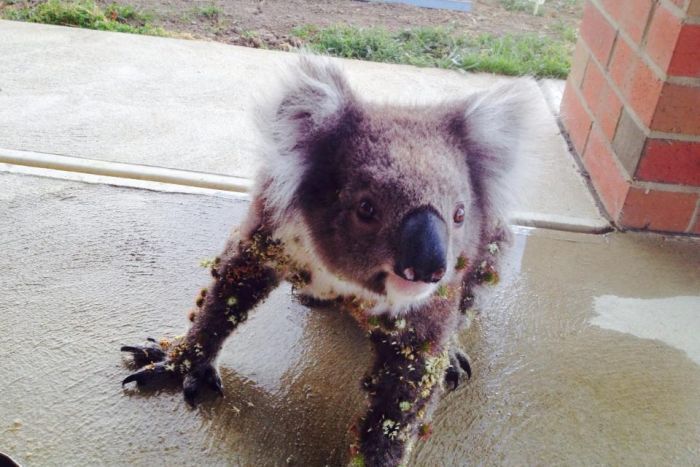 However, when Bruce took a closer look at the little marsupial, he realized the situation was far more complicated than he initially thought. He carefully moved toward the koala and investigated her condition. That’s when he realized that it was no mistake that the animal ended up on his doorstep—she desperately needed Bruce’s help. 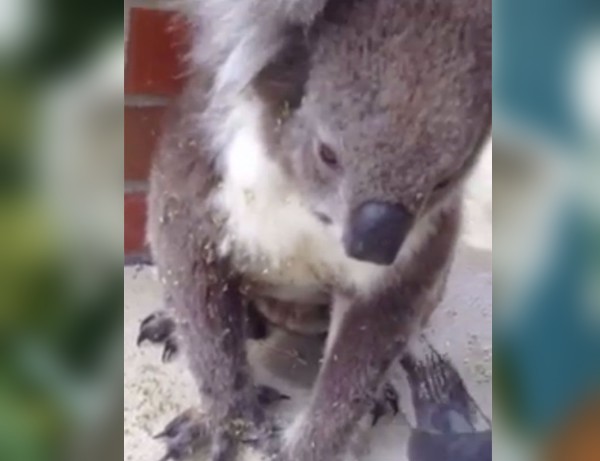 Koala bears may seem like cute and cuddly animals, but the truth is that they have sharp teeth and claws and they can easily become aggressive when they feel threatened. They also often carry chlamydia, a dangerous STD, so Bruce would have to be careful… 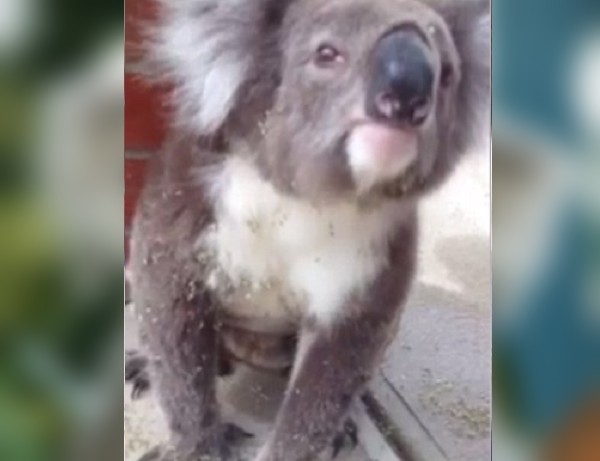 Bruce considered the consequences of helping a wild and potentially dangerous animal. Then again, he believed that if a koala was willing to approach a human this way, it was a sign that she must be in serious need of help. All told, he was right. Upon inspection, he noticed that the poor koala was covered in sharp burs. 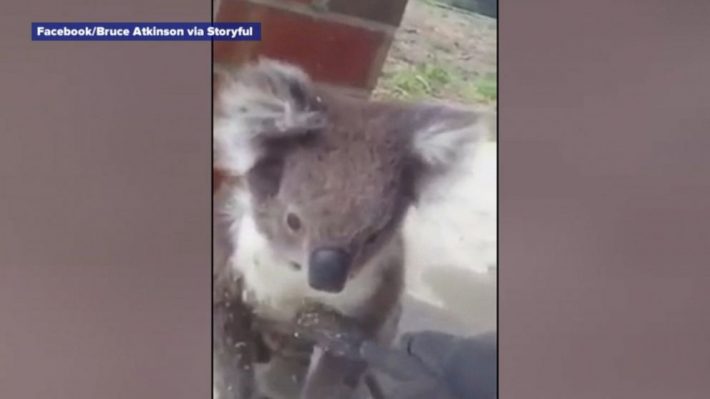 At first, Bruce wasn’t sure what he could do to help, but then he had an ingenious idea. However, before he could execute his plan, he needed to make sure that he was able to protect himself in case this particular koala did not appreciate being handled—even if it meant helping her out. 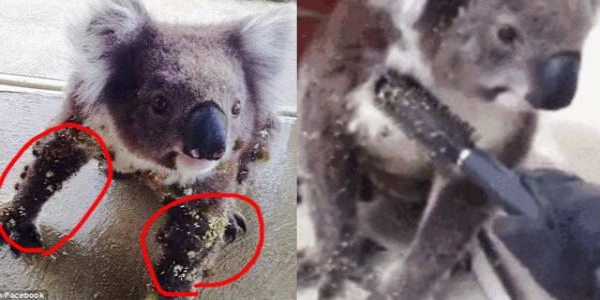 Bruce popped back into the house so he could change into long pants and a long-sleeved shirt. He also donned a thick, black motorcycle glove, just in case. Then, armed with his wife’s round hairbrush, he gently began combing the burs out of the koala’s coat. 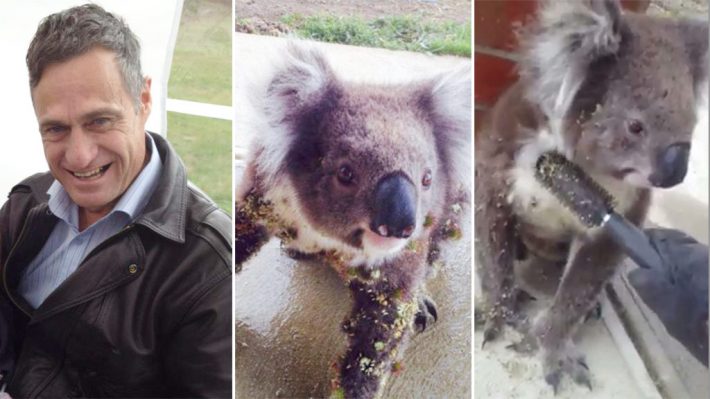 Like many Australians, Bruce had been fascinated by koalas, but he was also a little nervous in their presence. That said, he couldn’t believe how relaxed this koala was. The koala wasn’t just letting him brush out the burs; she seemed to be enjoying the whole process! 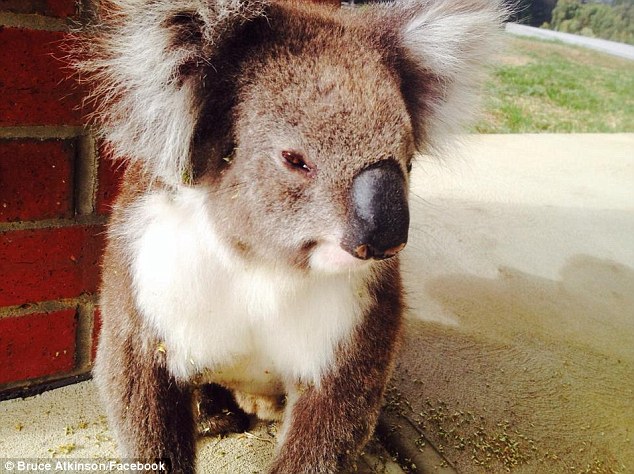 By the time Bruce was done grooming the koala, he had made a friend for life! Bruce cut down some gum tree leaves from his yard and offered them to his new koala pal, who was more than happy to enjoy a “post-op” snack. 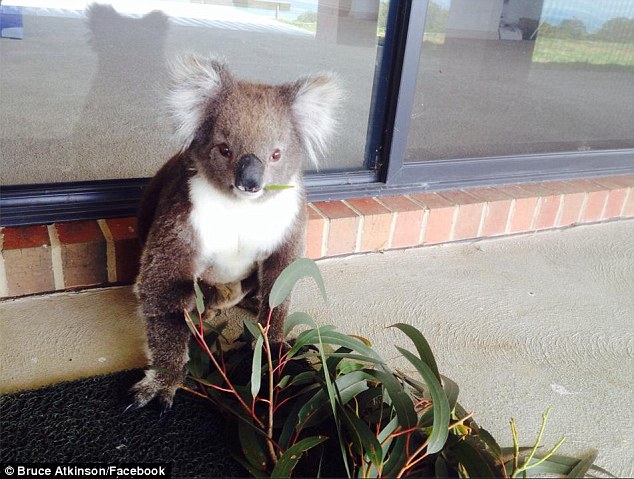 When the koala was done chowing down, she made her way back out into the wild. Bruce still spots her from time to time hanging out in trees near his home. While the koala has not returned to his porch, he still feels a strong bond with the animal. 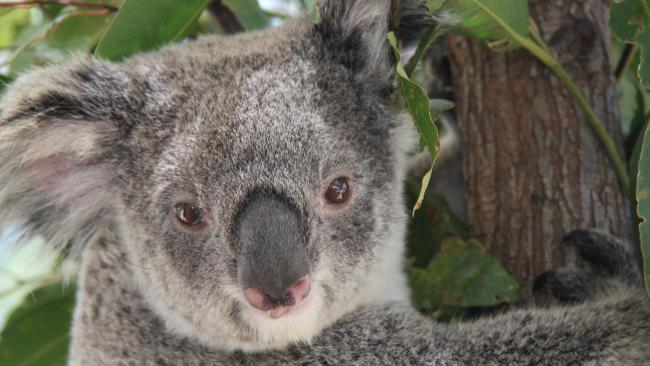 Thankfully, Bruce took a video as he was brushing out the burs from his koala-friend’s coat. It’s almost too sweet for words! Just watch the koala’s calm reaction as Bruce got to work with his wife’s hairbrush…

That poor koala must have been in so much pain. Thankfully Bruce was able to give her the help that she needed!