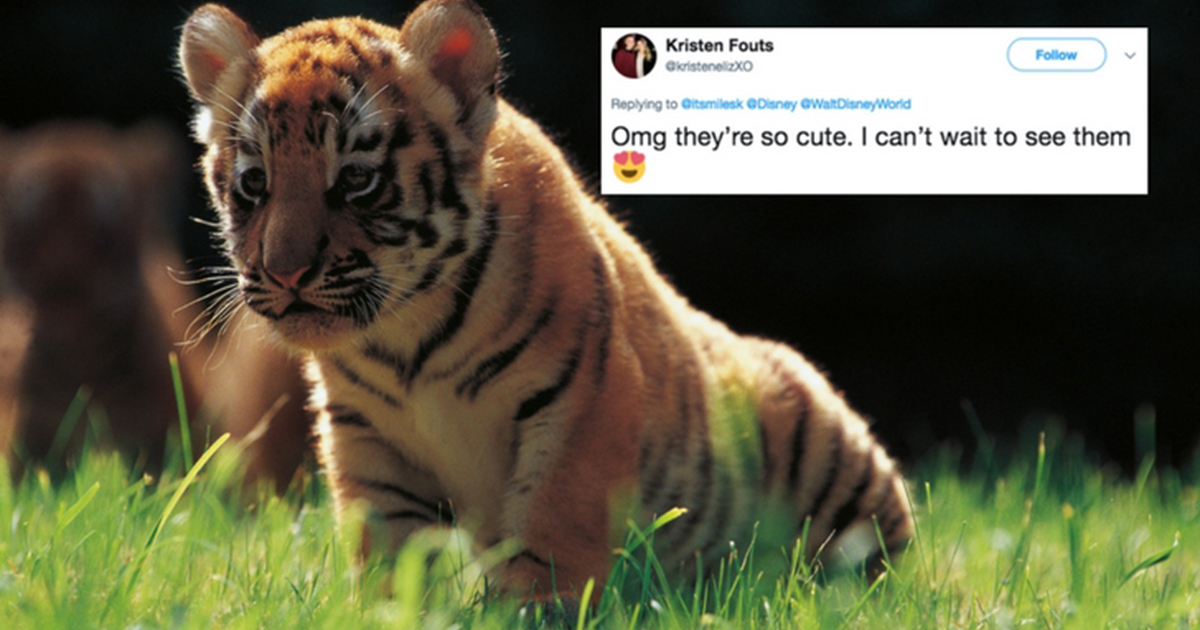 The cubs, born in August, made their first public appearance last week, much to the delight of park visitors. It’s thought that less than 500 of the endangered tigers are left in the world, and Disney is part of a program to help ensure that the tiger population continues to grow.

“Disney is proud to play an important role in the worldwide conservation and understanding of Sumatran tigers, a critically endangered species whose worldwide population has grown by two with the birth of Anala and Jeda. As part of these efforts, Disney participates in the Species Survival Plan, a breeding program through the Association of Zoos and Aquariums which helps ensure a diverse, healthy population of threatened and endangered species for years to come.”

The park spent three years preparing for the births of the tiger cubs, which are a first for the Walt Disney World Resort.

Anala and Jeda are the first tiger cubs to be born at the Walt Disney World Resort.
https://t.co/aEhkafwSQO

And it was definitely well worth the wait. Apparently Jeda, a male, takes after his laid-back father, while Anala has the feisty, adventurous personality of her mother, Sohni.

If you need video evidence, just take a look at some of the adorable footage shared by Disney on Twitter:

ABC, which is owned by Disney, also shared the happy news on Twitter:

Disney is the parent company of ABC News. pic.twitter.com/0WW32FSu69

Other unofficial Disney accounts also shared the happy news of the newest additions to the Maharaja Jungle Trek:

For the lucky park guests who happened to be there when the cubs were out and about, some were able to capture videos and pictures of the little family, which they happily shared with the Twitterverse:

Jeda and Anala are my new favorite things ever 😍 welcome to the Asia fam cuties💞 pic.twitter.com/H1P3JeoDbU

I did not have our good camera with us, but here are the 4 month old #sumatran #tigers at #disneysanimalkingdom #animalkingdom #waltdisneyworld #florida Anala and Jeda on their 3rd day out! #Disney Only 400 of these tigers are left in the wild:( https://t.co/lnrb0GUEJE pic.twitter.com/PyaTJwmPaE

Wee cuties tho, I wanna squeeze them! 🐯

Omg they’re so cute. I can’t wait to see them😍

@kristenwhit looks like we need to go to animal kingdom every day! I can’t wait to see them

How cute are they!!!