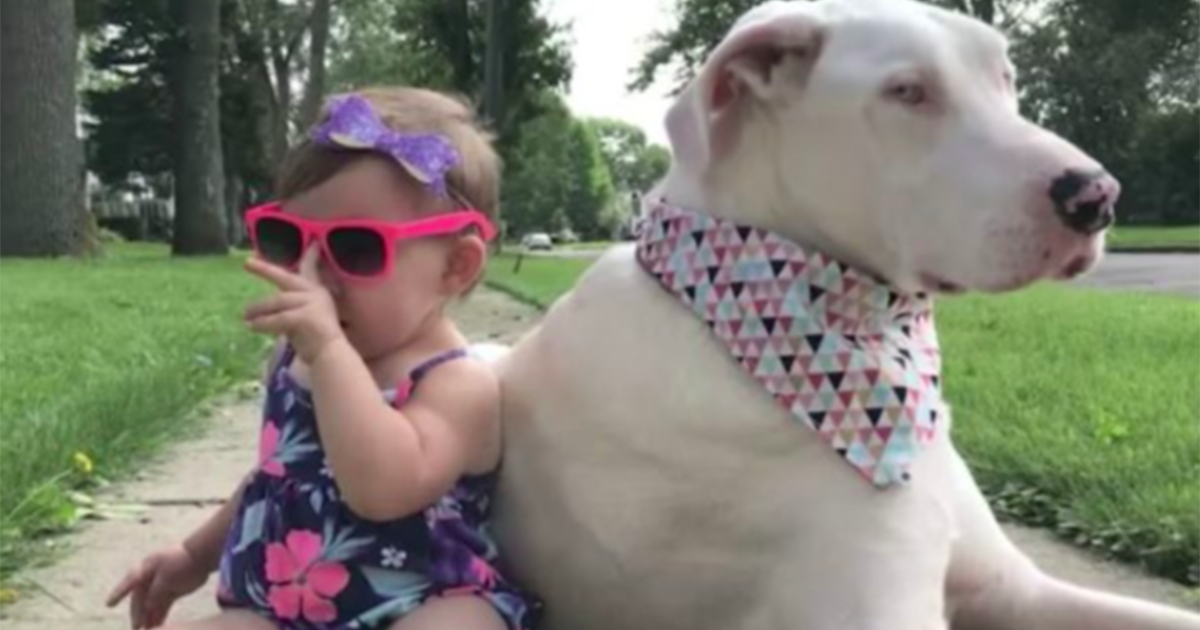 Have you ever seen friends who just look like they were made for each other? They laugh at all the same jokes, cry at all the same movies, and just adore spending every waking second together. Best friends are really just the siblings we choose and there’s nothing quite like that special bond.

And if you’re an animal lover, you probably hold a special place in your heart for your best furry friend. There are some animals that come into our lives and leave marks on our hearts forever, and what makes some of these bonds even more incredible is that many of them start as rescues. One of the kindest things someone can do is take in an animal that’s known nothing but pain and abandonment its whole life to prove that love exists and they deserve it, too.

Echo the Great Dane knows a thing or two about that.

Marion Dwyer adopted Echo back in 2014 after the dog’s previous owner considered putting the animal down because of her disabilities. Echo is deaf and has limited sight in both eyes. Saddened by that awful situation, Dwyer quickly made the decision to take Echo in to give her a second chance at the type of life she deserved despite her disabilities. Just a few months after adopting the dog, she discovered that she herself was pregnant. Echo was about to get a baby sister! Some people tread lightly when it comes to sharing their homes with babies and dogs, but this mama-to-be knew in her gut that her baby and her pups would get along just fine.

In the first months of pregnancy, she had a feeling Echo and the little one would become best friends. Fortunately, her premonition was right! Now over a year old, Dwyer’s daughter, Jennie, and Echo are practically inseparable. I mean, just look at these little models in action!

Despite having two other Great Danes in the house, Echo is still Jennie’s favorite, and I have a sneaking suspicion that of the humans, Jennie is Echo’s favorite, too. Jennie can’t wait to see Echo first thing in the morning, and when it comes time to say goodnight, the adorable little girl helps put her doggy pal to bed.


The two even share a daily walk. Echo is always cautious and she’s so protective of her favorite tiny human. Seeing them together is a total delight for the entire neighborhood, and their size difference melts hearts everywhere they go.

These two don’t care about their respective sizes or Echo’s disabilities. In fact, it’s safe to say that learning to nurture Echo through the hardships of life is turning Jennie into a compassionate, kind little human. Pets have that effect on people, don’t they? Animals really can bring out the best in us. Another amazing thing about their relationship is that, having seen her family signing to Echo, Jennie has begun to pick up on some sign language to help her communicate with her BFF! Check out all of their cuteness in the video below.

The post Disabled Dog Was Going To Be Put Down, Then Meets Tiny BFF And The Two Become Inseparable appeared first on Goodfullness.