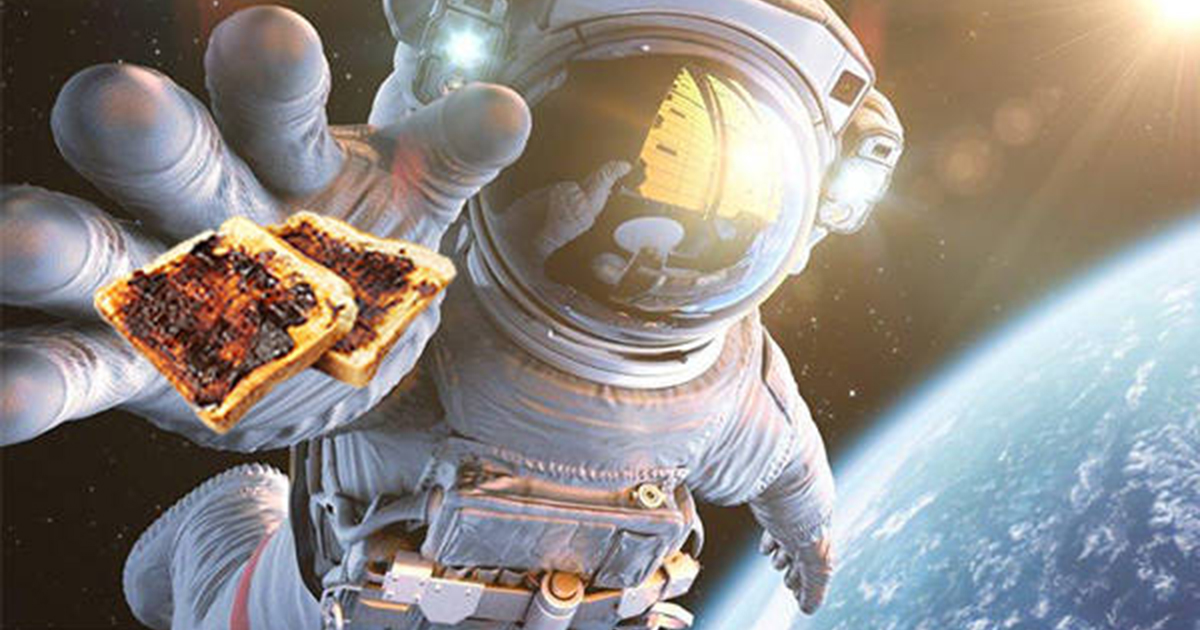 The good news is, that scientists have found a way to reduce, reuse, and recycle up in space, by saving room on space shuttles and conserving energy in the International Space Station.

The bad news is that it involves a crapload of… crap. Human feces, to be specific.

In an interesting move (that we’re not really sure anybody asked for), scientists have developed a method of turning human waste into edible, sustainable, space-friendly food. The method involves filtering the waste until all that’s left are proteins and fat. The resulting product is a “microbial goo,” made of all the essentials necessary for extended space travel.

According to Pennsylvania State University microbe researcher Christopher House, recycling human waste is an extremely economical, problem-solving move for astronauts. Bringing food into space aboard shuttles takes up valuable room and weight. And, growing food in space uses a ton of energy and water, which could be directed toward other research and astronaut life-support needs.


“We envisioned and tested the concept of simultaneously treating astronauts’ waste with microbes while producing a biomass that is edible either directly or indirectly, depending on safety concerns,” said House. “It’s a little strange, but the concept would be a little bit like Marmite or Vegemite, where you’re eating a smear of ‘microbial goo.’”

The method used, known as “anaerobic digestion,” is currently in use on earth for treating waste. However, this will mark the first time that the products of anaerobic digestion have been recycled back into food.

Currently, waste disposal in space is quite simple. Water is extracted from astronaut urine at the ISS, while solid waste is launched into space to burn up in the atmosphere. Though the new method hasn’t quite been perfected enough for use in space yet, House and his team are confident that it will be the future of space food.

“Imagine if someone were to finetune our system so that you could get 85 percent of the carbon and nitrogen back from waste into protein without having to use hydroponics or artificial light,” said House. “That would be a fantastic development for deep-space travel. It’s faster than growing tomatoes or potatoes.”