Mental health issues like depression, anxiety and mood disorders are a serious topic. Thankfully they have become much more openly discussed and accepted in society, and those who are affected no longer have to suffer in silence. Treatment has become widely accessible for many, while methods and medications have proliferated, to the extent now that your therapist might even begin shooting you with a nerf gun!

This story, originally posted by Tumblr user anarchetypal, tells of her therapist Paul’s unusual, yet effective methods of making her speak less negatively about herself.

The post went viral as people appreciated his genius, out-of-the-box approach to addressing mental issues, which are incredibly complex. Treatment often involves a mix of medications and counselling, with each patient offering unique symptoms and challenges. Creative thinking of the kind that Paul displayed is essential if progress is to be made, and the hilarious and somewhat absurd nature of it only added to the fun! It is certainly refreshing for those who have experienced a therapist simply throwing some pills their way and being told to come back in a few months.

Scroll down below to read the story for yourself, and let us know of your own experiences in the comments. Would you appreciate therapy like this? Have you ever had a creative therapist with their own unique methods? Join the discussion!

When this girl went to see her therapist, she clearly did not expect to be shot at with a dart 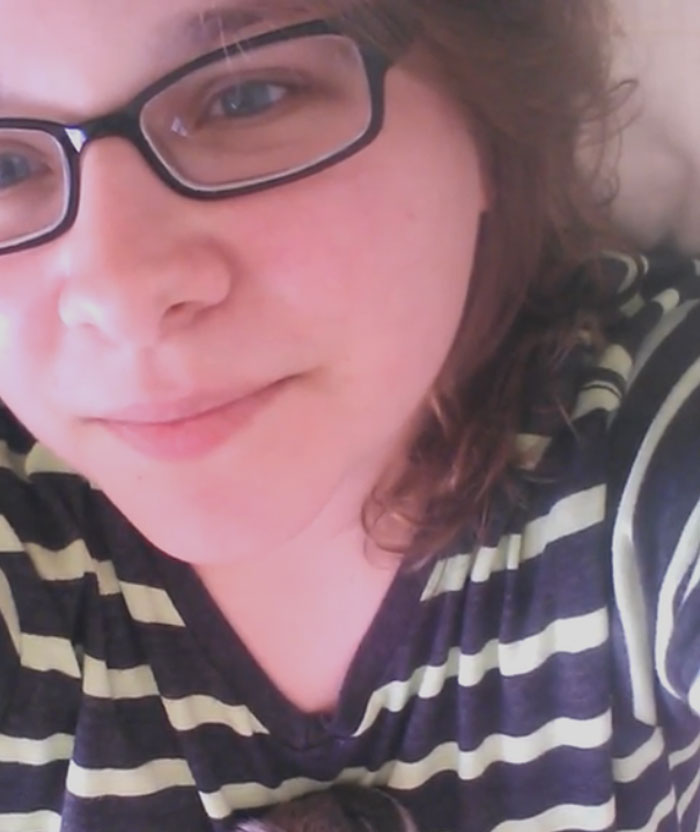 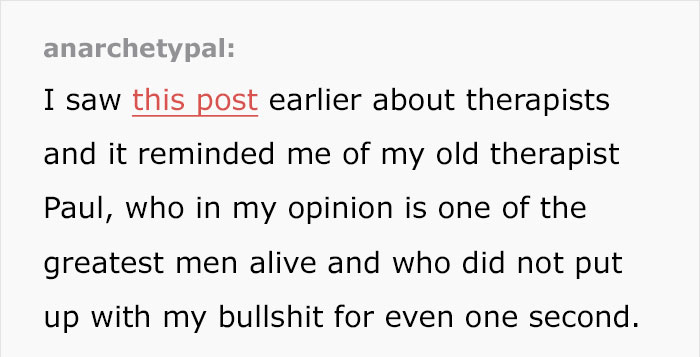 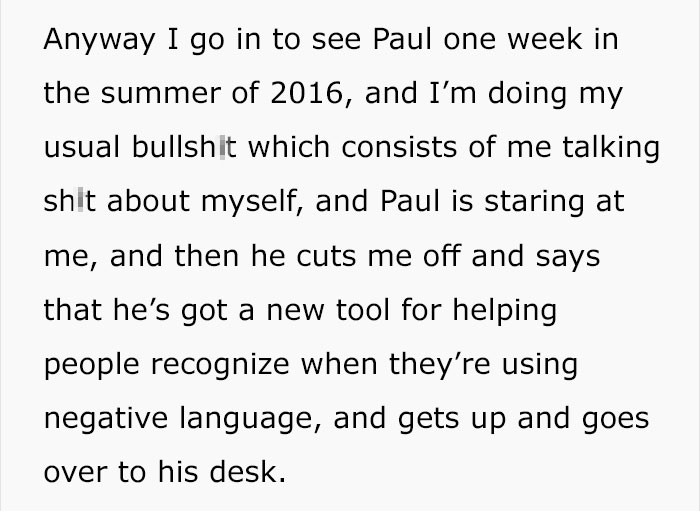 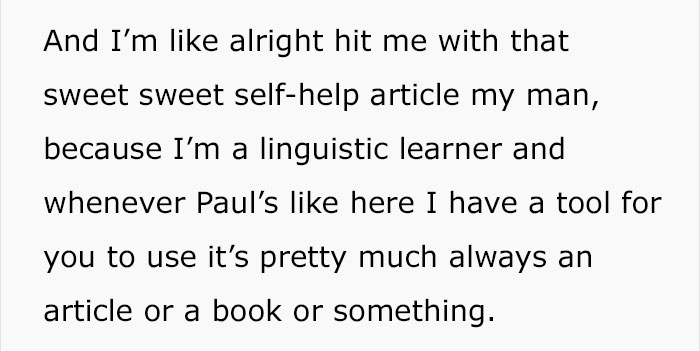 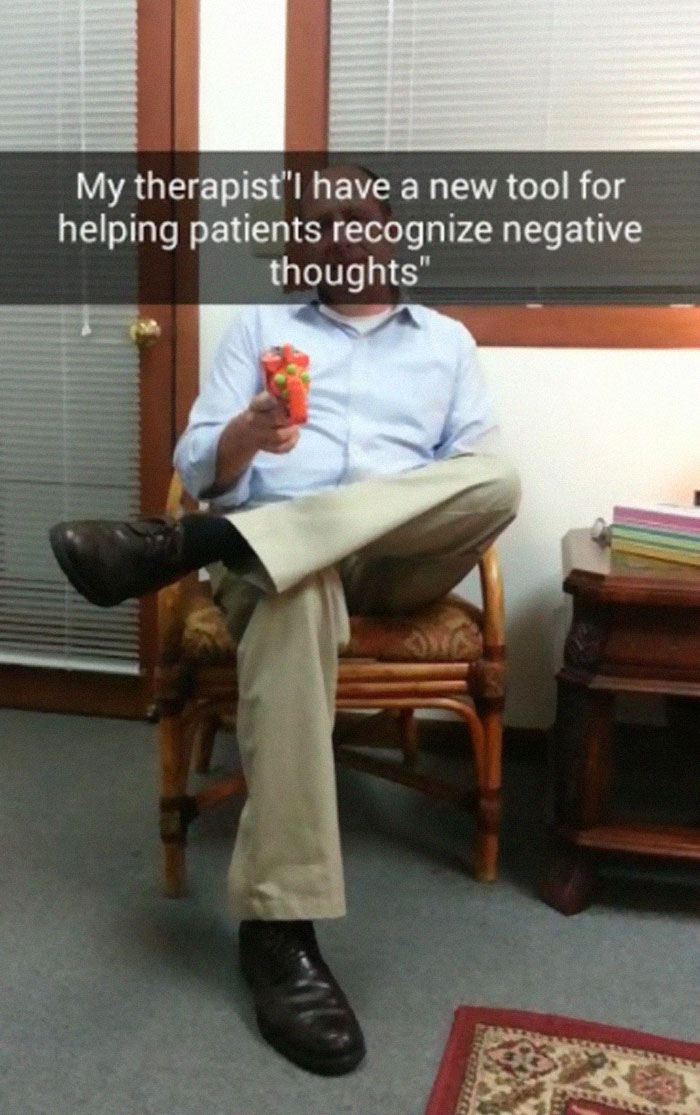 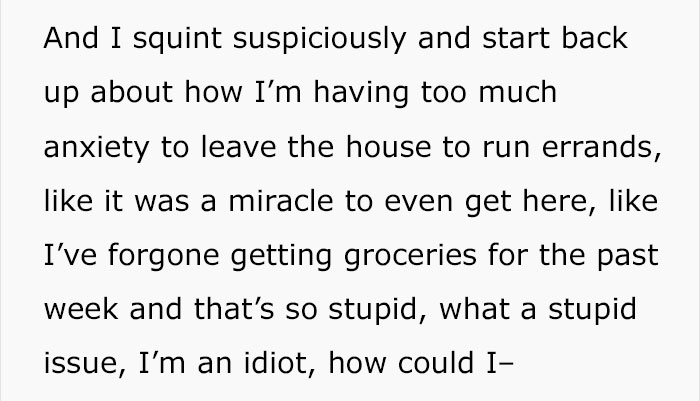 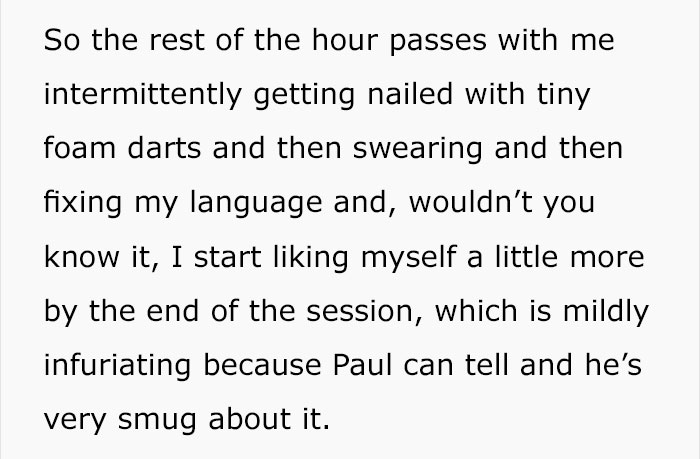 People were quick to admire Paul

While others shared their own stories