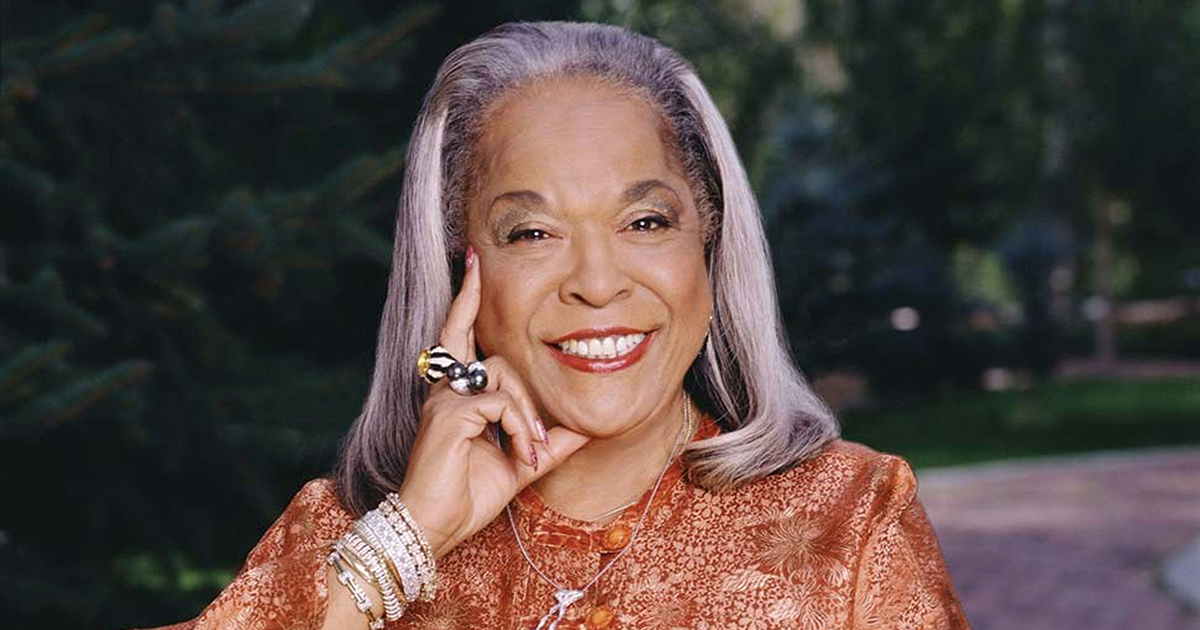 
Della Reese, the iconic jazz, gospel and pop singer who later moved into television and film, and starred as Tess on Touched By An Angel, has died. She was 86.

Her former Touched By An Angel co-star Roma Downey released a statement on her passing.

“On behalf of her husband, Franklin Lett, and all her friends and family, I share with you the news that our beloved Della Reese has passed away peacefully at her California home last evening surrounded by love. She was an incredible Wife, Mother, Grandmother, friend, and Pastor, as well as an award-winning actress and singer. Through her life and work she touched and inspired the lives of millions of people. She was a mother to me and I had the privilege of working with her side by side for so many years on Touched By An Angel. I know heaven has a brand new angel this day. Della Reese will be forever in our hearts. Rest In Peace, sweet angel. We love you.”

Reese began singing for audiences when was just six years old at her local church, with her roots clearly in gospel music. At 13, she was hired to perform with Mahalia Jackson’s gospel group, with whom she later toured.


She formed her own group, the Meditation Singers in the late 1940s, and was strongly influenced by jazz greats such as Ella Fitzgerald and Sarah Vaughan. She signed a deal with Jubilee Records in 1953, releasing six jazz-focused albums. Her breakout hit came in 1959, with her hit single “Don’t You Know?”.

She turned to television and film starting in the late 1960s, hosting her own talk show Della, and later starring opposite Redd Foxx in Harlem Nights (1989), Martin Lawrence in A Thin Line Between Love and Hate (1996) and Elliott Gould in Expecting Mary (2010).

“We’re deeply saddened to learn of the passing of Della Reese,” CBS said in a statement. “She was a multi-talented, award-winning performer who shined brightly on soundstages and in concert halls. For nine years, we were privileged to have Della as part of the CBS family when she delivered encouragement and optimism to millions of viewers as Tess on “Touched By An Angel.” We will forever cherish her warm embraces and generosity of spirit. She will be greatly missed. Another angel has gotten her wings.

Reese’s most recent television appearance was earlier this year on Bates Motel.