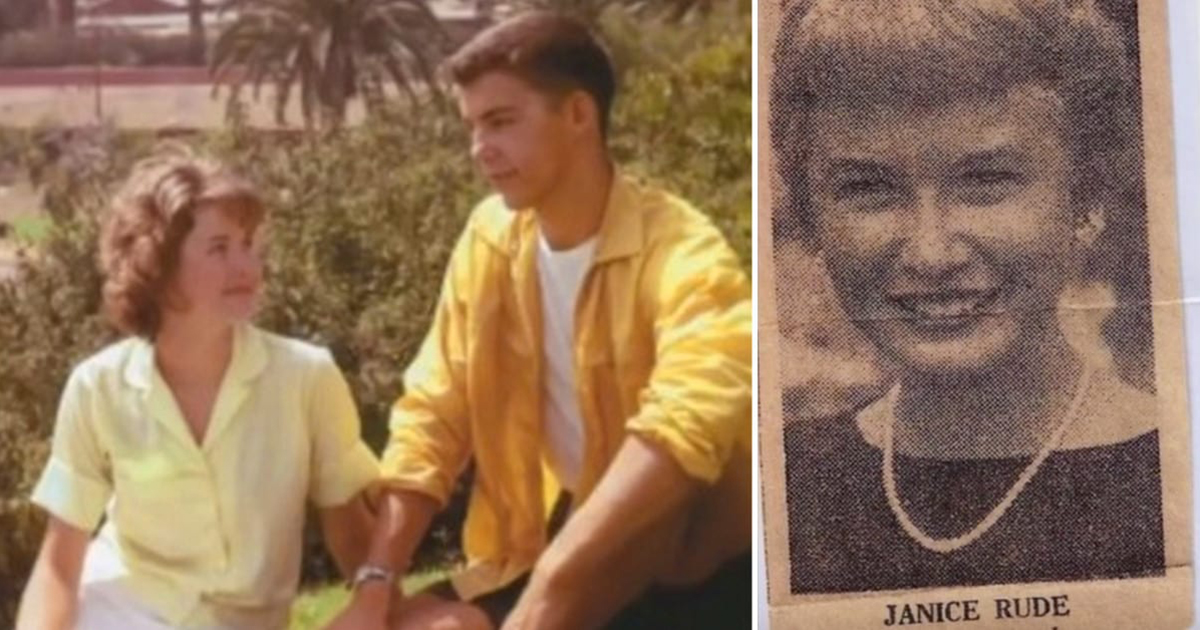 Sometimes even if people are telling you one thing, the universe is telling you another. If you don’t believe in a ‘love of your life’, listen to this story and it will probably change your mind.

Back in the 1960’s when Janice Rude was a sophomore in college she worked in the campus dining hall to earn extra money to get by. One day while working she locked eyes with a handsome frat boy called Prentiss Willson and it was love at first sight.

The pair began dating and quickly fell in love. They were so sure of their love for each other that they got engaged and couldn’t wait to spend the rest of their lives together. But fate had other plans…

Janice’s father disapproved of their engagement and he made it known to her one day over a phone call. He threatened that if she were to go through with marrying Prentiss that he would cut her off financially, which would cause big problems for her finishing her college degree. With her hands tied, Janice chose her education and did as her father said, breaking it off with Prentiss.

The couple went their separate ways and went on to marry and break up with other people in the future, but they never forgot about each other. Luckily for this star-crossed pair, fate was finally ready to be kind to them and sent them both a sign.


Their mothers had never met but when both of their mothers passed away they shared one common thing. They had both held on to the newspaper cut out from Janice and Prentiss’ engagement announcement all those years ago. Janice and Prentiss came across these cut outs and it brought back memories together and led on to them finally meeting again, 50 years later…

If you loved Janice and Prentiss’ love story and believe that some things are meant to be, then please leave your thoughts in the comments below.