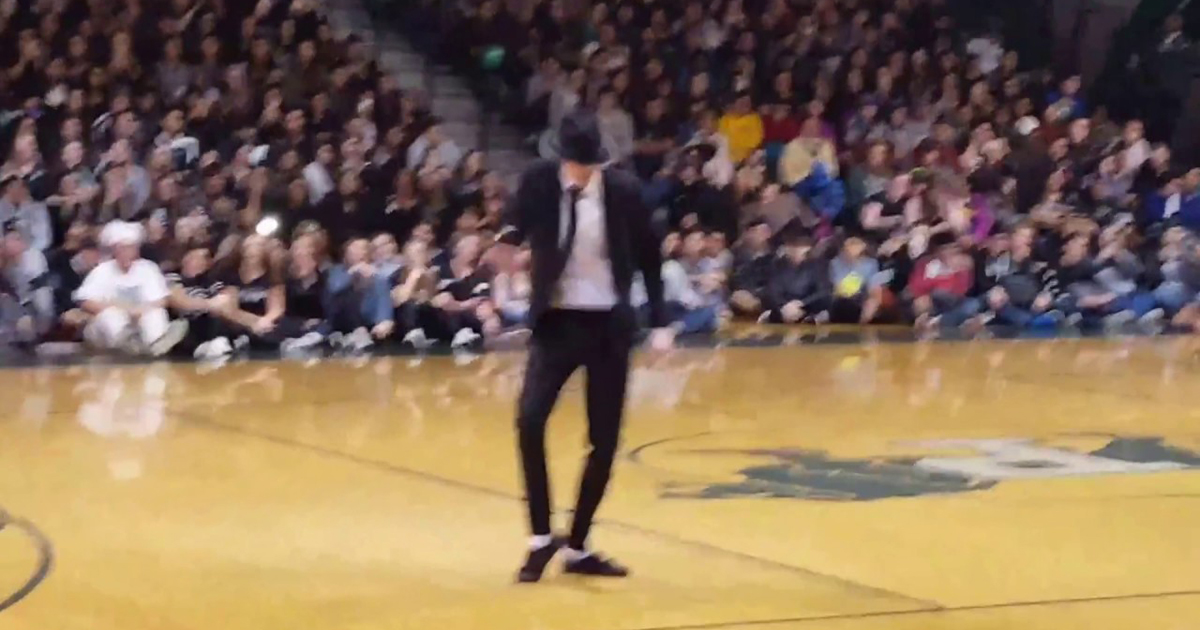 He’s back! The dancing sensation who made over 4 million people fall in love with his slick Michael Jackson dance routine, is back with a brand new routine… and he’s better than ever!

We wrote a while ago about a teenager at Pitman High School, who blew away his school when he performed a fantastic dance to ‘Billie Jean’, winning his school talent show. But his winning streak wasn’t to stop there…

17-year-old Brett Nichols had been practicing his Michael Jackson moves for 10 years before his school talent show. Well, the hard work paid off when a video of his flawless routine went viral, gaining him millions of fans all over the world.

Now, Brett is back with a new routine to his favorite artist’s work, but this time he’s older and even better.

Returning to his old high school for the class of 2017-2020 homecoming rally, Brett showed that he hasn’t led his talent fade in his time out of high school. If anything, he’s got even better!

The perfectly executed routine has gone just as viral as his original video with over 4 million views so far, and gauging from the audience’s reaction, he’s still got it!


Check out the video below to see his new routine. Do you prefer Brett’s new routine or his original video? Leave your thoughts in the comments below and share the impressive routine with your friends.