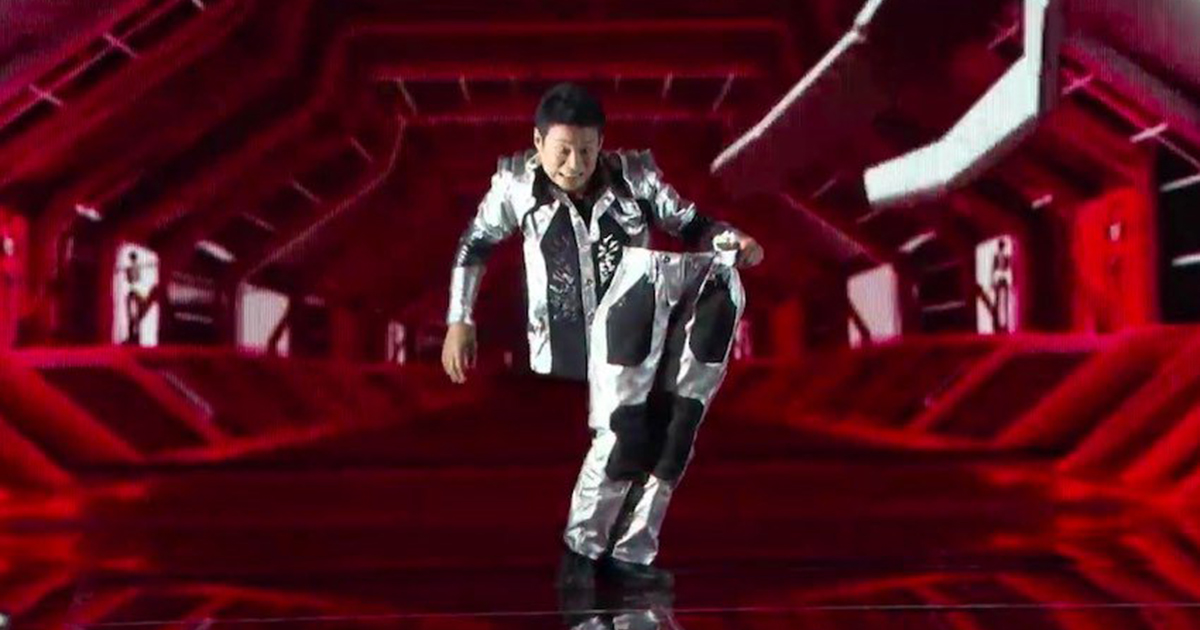 Now he’s back for Champions with a whole new set of dance moves to dazzle the audience. Kenichi says he now gets paid decently for his dancing and has Internet fame, but at 44 years old he has less time to compete and continue to dance.

For this performance he pretends he’s in a a video arcade game. The large projection screen behind him displays the arcade scores and he’s attacked by a giant robot monster with arms.


At one point in the dance, he meets a robot dog which comes to his rescue, but when the robot dog is in peril he returns the favor and saves it.

In among the sweet tale are some dazzling dance steps.

Kenichi may feel he’s getting older, but as his performance shows, he’s still got the moves!