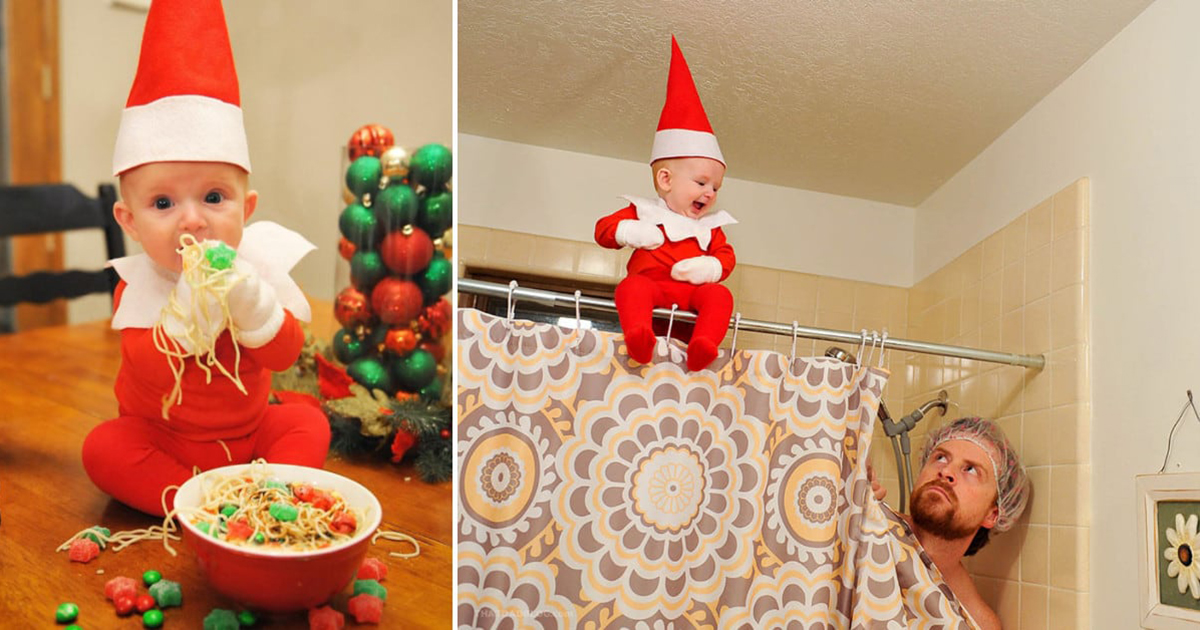 ‘Elf on the Shelf’ is a popular Christmas tradition, delighting children everywhere with the Elf’s mischievous antics every night. This year, one father decided to make ‘Elf on the Shelf’ even more entertaining and we’re obsessed with the pictures!

If you’re not aware of the concept of ‘Elf on the Shelf’, parents introduce an elf doll to the family home and tell their children that it is magical.

The Elf has been sent by Santa to watch over the children to check whether they are being naughty or nice. Every night the Elf changes it’s resting place to show the children that it is ‘alive’. And a lot of parents have been getting creative with the Elf’s antics, resulting in hilarious scenarios for us to enjoy.

So Alan Lawrence decided to put his own twist on the tradition. Alan is a father to six children and he documents the delights of being a father via his blog, That Dad Blog, for all to see and enjoy. In his latest project, he turned his youngest child, Rockwell, into a real life ‘Elf on the Shelf’ and the pictures are absolutely adorable… and hilarious!

His wife put together a costume for their gorgeous baby and then Alan set to work. ‘Elf on the Shelf’ has never been so cute! The little ‘Elf’ gets up to plenty of mischief as he poses in various scenes. From sipping bottles of maple syrup, to playing Connect 4 with a dinosaur, to cruising in cars with Barbies, to posting cookies in the VCR; he’s having lots of fun!


The photos are absolutely brilliant and you can’t help but have a good laugh at the little imp’s adventures. Now that Alan has created a new tradition of his own, I’m sure that lots of other parents will start following suite.

If you loved these photos, inspire other parents to create their own real life ‘Elf on the Shelf’ and share with your friends. Everyone can appreciate the cuteness of these awesome pictures!