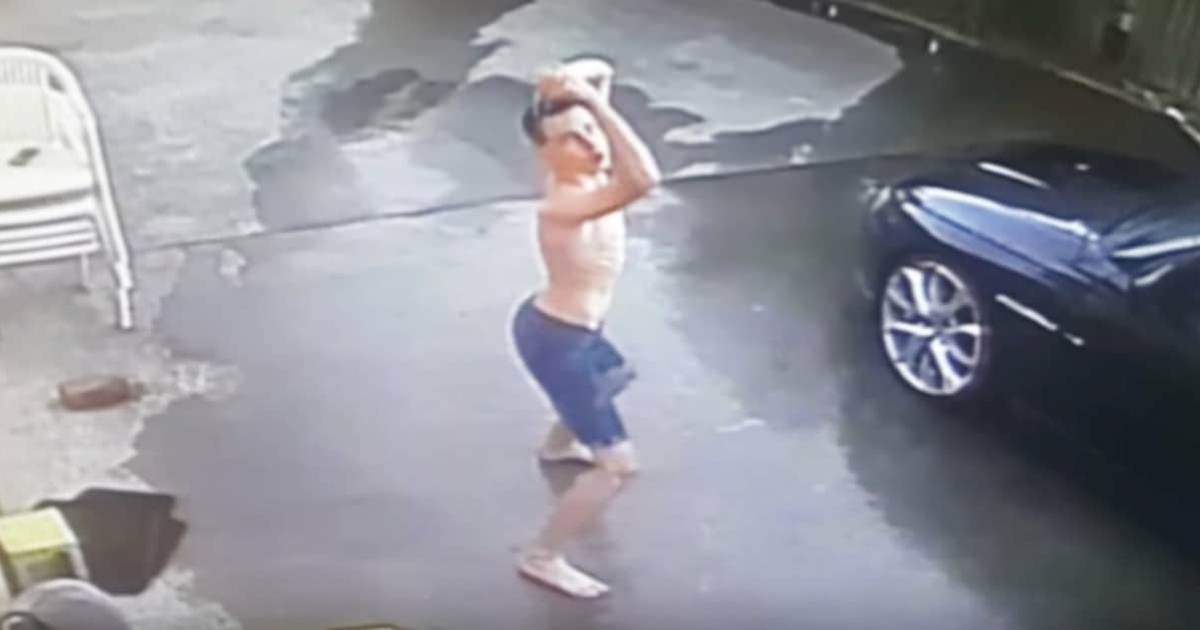 Washing your car be an incredibly tedious task… But that’s why people have kids! And after watching this security footage of a guy’s son washing his car, you will definitely want to follow in their footsteps.

When Chris Assogna from Brisbane, Australia asked his son, Dominic, to wash his car for him, he was unaware that the 16-year-old would provide such entertainment in the process.

Chris decided to check on Dominic’s progress on their home security system. That’s when he found out that his son was having a blast during his chore.

It turns out that Dominic is quite the performer. And knowing that there was a camera recording his every move, he wanted to provide some light entertainment for his nosey father.

He knew that his dad was bound to check up on his handiwork later in the day. So why not give him a bit of a surprise when he does so. What a considerate young man.

Dominic did indeed wash the car like he was supposed to but became a slave to the rhythm and boogied his way through the carwash task like a champ. You can’t blame a boy for turning a dull task into a treat. Good job Dominic.


Don’t forget to watch this kid’s hilarious “secret” carwash dance routine in the video below. Also, we love hearing all of your opinions. So please let us know what you thought in the comment section below.