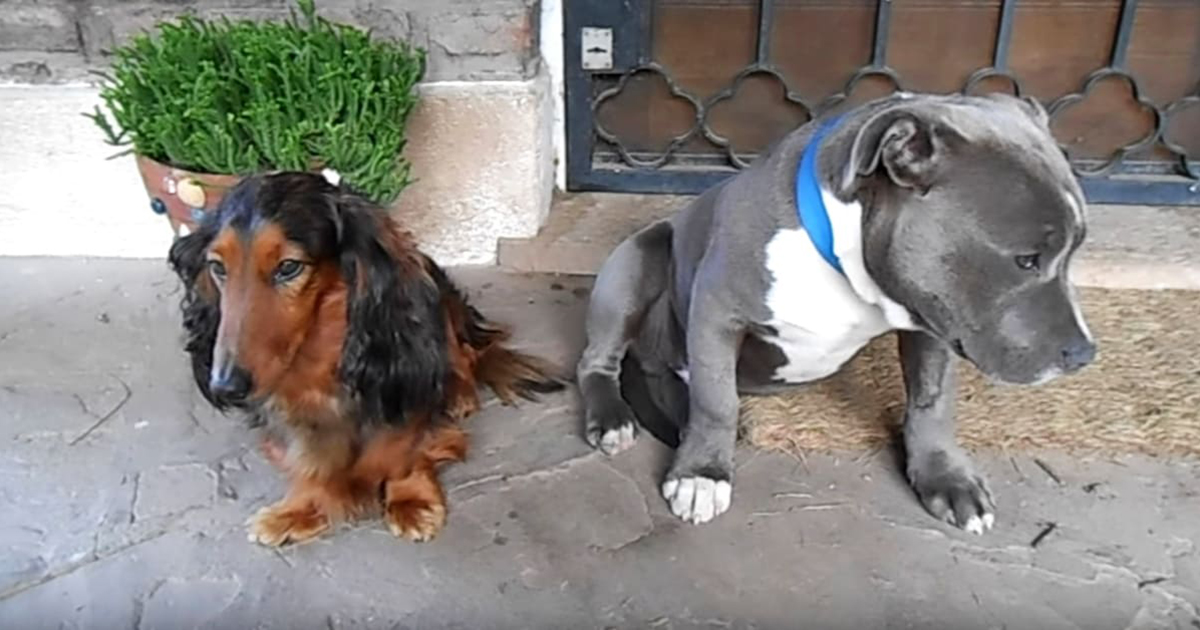 It was a seemingly ordinary day for Daniel Martino. But all of a sudden, he had to turn into a detective to try and solve the case of the chewed up slippers one morning. Daniel managed to narrow the culprits down to his two dogs and after some brief interrogation, it was easy to find the ‘guilty’ dog out of the two. Especially when he took a look at his guilty pit bull.

Daniel Martino lined his two dogs up to begin his interrogation. Now, in most cases, you’d try and hide that you were the culprit, but one of his dogs was totally overcome with guilt and he couldn’t hold it together.

The interaction started with his dogs sitting at his feet. Martino then showed his dogs the chewed up slippers so they knew why he was cross. But now he had to figure out which dastardly dog had savaged his shoes.

Daniel proceeded to ask his dogs, “Who was it? Who did this to my insole? Which one of you two was it?”

It didn’t take the adorable dog long to crack under the pressure of the questioning. As you can see in the video, the guilty pit bull tried to avoid eye contact with Daniel throughout the confrontation.


The pit bull then started trying to hide behind his long-haired Dachshund pal who sat there patiently with his giant puppy dog eyes.

At one point the pit bull even tried to bury his face in the plant pot. I guess Daniel can consider this mystery solved. It didn’t take him long to crack the case.

Don’t forget to watch this hilarious guilty pit bull Also, we love hearing all of your opinions. So please let us know what you thought of the article in the comment section.