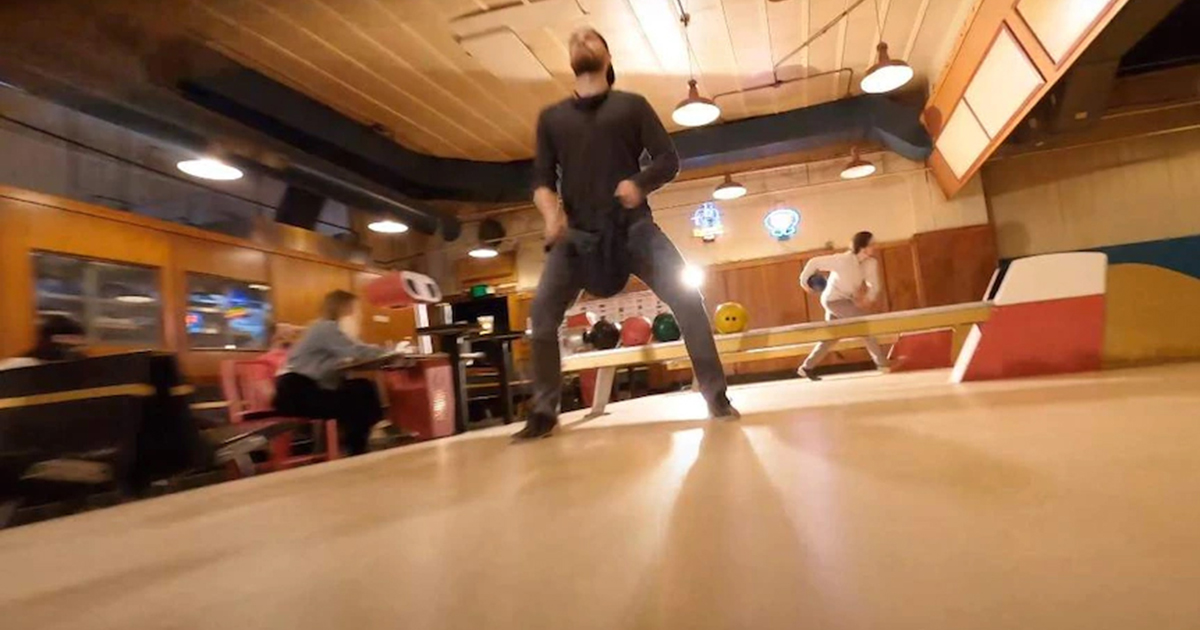 Outside, the drone swoops in from across the street and through the doors of Bryant Lake Bowl in Minneapolis in the nearly 90-second video titled Right Up Our Lane, which was filmed and produced late on March 2 by Rally Studios.

The drone then flies in and around bowlers on the lanes and bar patrons, in between legs and into the back compartment where the bowling pins are swept up and set up, and all around — all in one take.

It ends with a bit of a cliffhanger (SPOILER: No drones were seriously harmed in the making of the video).

The video has since gained widespread social media exposure and praise from some of Hollywood’s biggest names.

Lee Unkrich, who directed the Pixar animated feature Coco, said it was “one of the most amazing things I’ve ever seen”.

Todd Vaziri, a visual effects artist who has worked on Star Wars, Star Trek, Marvel and Transformers films and Avatar, tweeted: “This kind of wonderful photographic innovation adds to the language and vocabulary of cinema. Just beautiful.”


Meanwhile, Elijah Wood, who plays Frodo in the Lord of the Rings films, retweeted the video with only two words: “HOLY SHIT.”

Some people were skeptical that the video was filmed in a single take, according to the video’s producer, Anthony Jaska.

“There’s no CGI. That was kind of interesting. But also the positive nature of it — people seeing the skill that it takes and the unique ability it takes to combine the skill of an amazing pilot, the technology of a drone, and the story that can actually be told through a one-take.”

The studio said it took about ten to twelve tries over two hours to get the perfect take.

The team added audio to the video in post-production due to the usual buzzing sound made by a drone.

The sounds include bowling balls rolling and hitting pins, bowlers conversing, beer glasses clinking at a table, and references to The Big Lebowski, a cult classic Coen brothers film set primarily in a bowling alley from the 1990s.

FPV drones are smaller and lighter than other camera drones, and the pilots fly them using virtual reality goggles.

Jay Christensen, the film’s aerial director of photography, said he went to the bowling alley the day before to scout the location and mentally plan for his flight route.

He’s been flying drones since 2014, when the footage was “terrible,” according to him. However, the pace of innovation is now improving.

“Now it’s to the point where you’re able to see a live view of what the drone sees and it’s really small and it can fit through these small spaces and see the whole scene inside and out in one shot and that really can be a great way to tell a story,” Christensen said.

The aim, according to the two filmmakers, was to remind people of local businesses like Bryant Lake Bowl, which are at the heart of communities and need help as the coronavirus pandemic and associated public health initiatives fade, enabling people to return to bars, restaurants, and, of course, bowling alleys.