Buying stuff on Craigslist can be tricky. You have to be careful of the area you’re meeting up in and make sure you get a couple of photos of the thing you’re buying to make sure the seller isn’t pulling the wool over your eyes. You also have to make sure you agree on a price before meeting up, I can’t count the number of times I’ve met up with someone and have them try to renegotiate on the spot – it’s a pain in the butt.

And a good rule of thumb is that if a description of an item sounds too good to be true – it usually is. Especially when it comes to cars. I don’t know much about how the darn things work aside from a few basics, and there are so many moving parts and circuits  that could go wrong, I would have no idea.

But this Craigslist seller decided to keep it real.

His listing for the $900 rust-bucket was refreshingly honest.

Bruh when I tell y’all I am fucking dying right now pic.twitter.com/YWTGJTETtH

It’s a bit on the profane side, but I’d rather someone tell me like it is and cuss a little, than lie through their teeth politely. 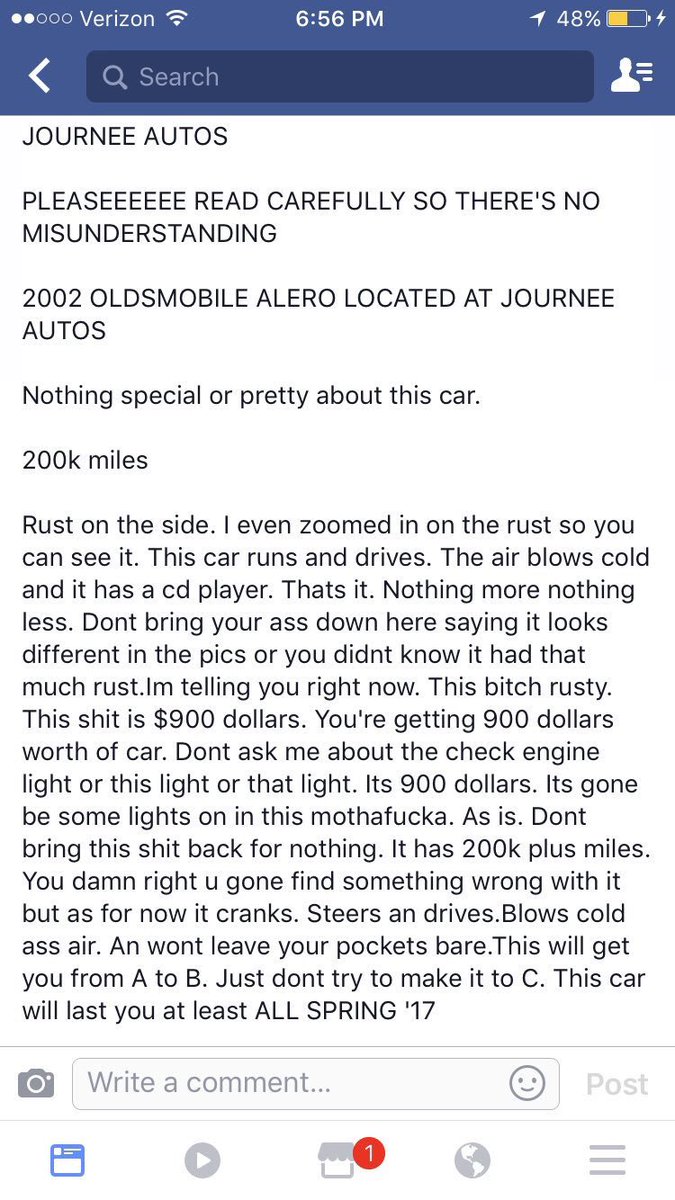 And they even shared their own car sale horror stories.

@kel12121 @LittleMissKerii i swear someone was trying to sell me the same car yesterday ??? pic.twitter.com/In2jJ5a4Gn

But mostly they just loved quoting his item description.

@Cannabis_Cane @kel12121 lolol smh. He zoomed in on the rust

It’s basically a work of art.