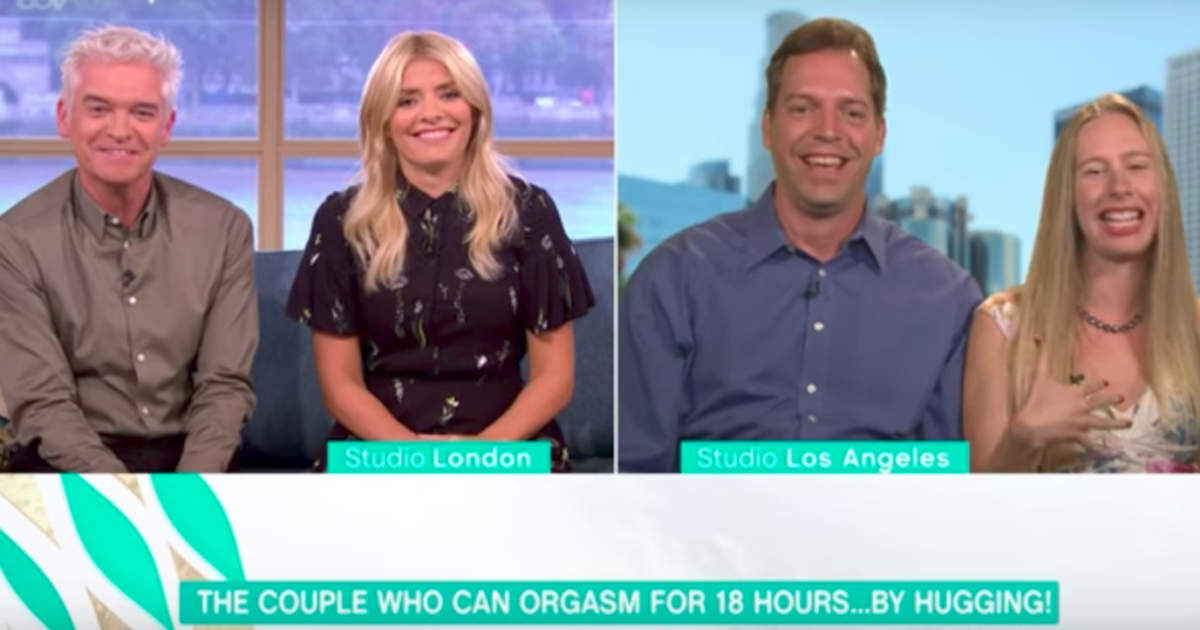 When you interview a couple on live TV about their ability to constantly orgasm, you’re definitely asking for a little bit of trouble.

Melanie and Scott McClure are two Texans living in Los Angeles who have allegedly achieved a widely sought-after goal: they can orgasm without any sort of sexual touch, occasionally sustaining orgasm for multiple hours. (I actually don’t know if many people want to achieve this goal, as it sounds like a bit of a hassle, honestly.)

The two were interviewed on the UK show This Morning by Holly Willoughby and Phillip Schofield — and it’s pretty clear that the hosts were utterly fascinated (and amused) by the couple’s earnest assertion that they can orgasm simply by “hugging.”

Unlike Melanie and Scott, the highlight of the interview came at the very end. (Sorry.)

Holly and Phillip simply couldn’t contain their giggles, and eventually devolved into peals of laughter when Phillip said “Still to come.”

Earlier This Morning had an interview with a couple who orgasm for 18 hours and then this inevitably happened. pic.twitter.com/C7UJoLv0re

I’m not sure what anyone expected after such an interview, but I for one can totally sympathize with this reaction — if anyone tried to convince me that they could climax from hugging their spouse, I would 100% burst into laughter.

And to all the guys out there: don’t go getting any ideas and assuming that a hug is an acceptable amount of foreplay.