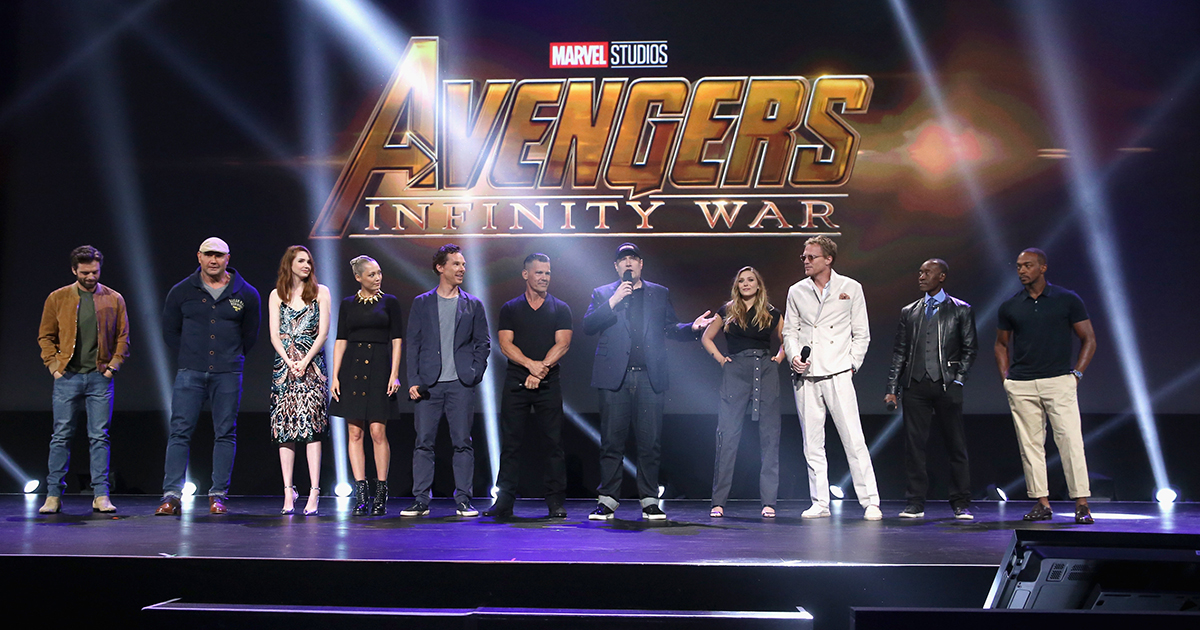 The trailer for Avengers: Infinity War has fans giddy with speculation about a potential surprise cameo in the upcoming sequel. With so much anticipation, fans are surely in for a treat when the movie is released this spring.

” #InfinityWar is going to be two and a half hours of characters introducing themselves to each other and I won’t care one bit,” wrote Twitter user Alex Zalben, no doubt making a reference to the seemingly endless amount of exposition and clunky character introductions that makes these movies so distinct. (Anyone who watched Justice League in theaters can attest to the silliness apparent in these types of superhero films.)

#InfinityWar is going to be two and a half hours of characters introducing themselves to each other and I won’t care one bit.

Zalben continued, giving us even more of a laugh.

“…And I’m Hawkeye! Hey, where did everyone go?”

Speaking of introductions… who could be making that surprise cameo?

The teaser trailer is… quite a tease.

Twitter is abuzz with fan theories, and Captain Marvel seems to be the focus of much of the speculation.

If Captain Marvel shows up in Infinity War, at any capacity, I will lose my mind.

Eagle-eyed viewers of the latest Avengers: Infinity War trailer spotted what seemed to be a brief glimpse of Brie Larson’s Captain Marvel.”

The evidence is pretty compelling.

Brian Crespo isn’t the only one who thinks Captain Marvel may make an appearance.

But other fans aren’t so sure…

“YEAH NO THAT LOOKS LIKE CAPTAIN MARVEL BUT I STILL HEAVILY DOUBT ITS HER,” wrote another.

That’s quite a lot of excitement for Captain Marvel, who will be played by Oscar winning actress Brie Larsen and appear in the eponymous Captain Marvel , a film all her own, come summer 2019. And to think that just last month, shortly after the Captain Marvel’s cinematic look was revealed, people were questioning the choice of having her don a teal suit.

I'd be fine with Captain Marvel's suit being teal…bc of how many are red and blue suits they are. But ehh I'm also apprehensive.

Saw Captain Marvel's teal costume for the first time two minutes ago, and it only took one minute for someone to sour it by saying 'she has no ass in that suit'. It's a good thing she isn't going to be fighting crime with her ass then, huh? #CaptainMarvel

Here is the full official trailer for ‘Avengers: Infinity War.’ What do you think? Who could it be? Could fans be onto something? Or are they reaching really far? Sound off in the comments below.