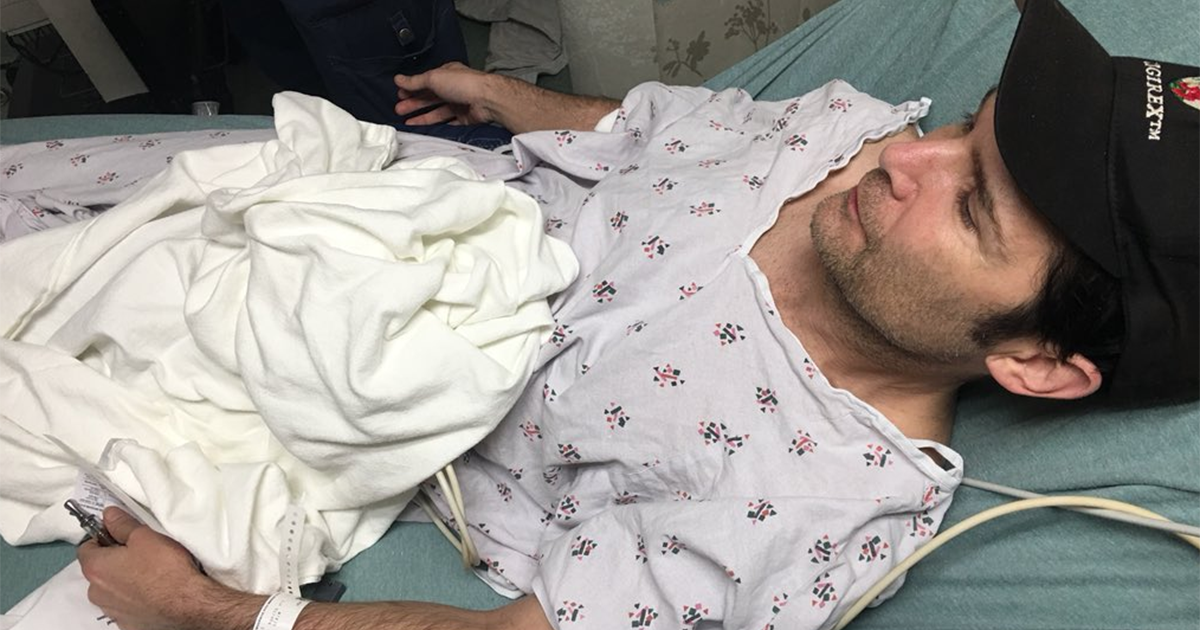 
Corey Feldman is being treated in hospital after being injured in an attack. The police are said to be investigating the incident as an “attempted homicide”.

The Lost Boys star says he was “stabbed” by a gang of three men who stopped his car while driving in Los Angeles. The men are said to have distracted his security guards, and attacked the 46-year-old actor.

Local news reporter Mike Rogers says the actor suffered “minor injuries” in the incident that took place in the Reseda neighborhood of LA, and that he took himself to hospital for treatment.

#BREAKING: LAPD says @Corey_Feldman sustained minor injuries after being stabbed in Reseda late last night. He took himself to the hospital. Police haven't released any information on a possible suspect. #CBSLA pic.twitter.com/qhzZJsjtfm

Feldman tweeted the shocking news to his 155k Twitter followers saying he was “OK”, but was in hospital being treated for stab wounds. Feldman suggests the attack was carried out by a group called the “wolfpack” who have been threatening him on social media.

IM IN THE HOSPITAL! I WAS ATTACKED 2NITE! A MAN OPENED MY CAR DOOR & STABBED ME W SOMETHING! PLEASE SAY PRAYERS 4 US! 🙏🏼🙏🏼 THANK GOD IT WAS ONLY MYSELF & MY SECURITY IN THE CAR, WHEN 3 MEN APPROACHED! WHILE SECURITY WAS DISTRACTED, W A GUY A CAR PULLED UP & ATTACKED! I’M OK! pic.twitter.com/TZ0ppZeEWN

The star of 80s classics Gremlins and Goonies has been threatening to expose a Hollywood paedophile ring over the last few months, and his tweets suggest he believes the attack may have been a response to his actions.

Feldman shared: “@LAPD R CURRENTLY INVESTIGATING THE CASE AS AN ATTEMPTED HOMICIDE! I HAVE HAD MOUNTING THREATS ON ALL SM PLATFORMS BY THIS VILE “WOLFPACK” & THIS IM SURE IS A RESULT OF THOSE NEGATIVE ACTIONS! I HAVE REASON 2 BELIEVE ITS ALL CONNECTED! ENOUGH IS ENOUGH! HOW SICK R THESE PPL?!?” (sic)

@LAPD R CURRENTLY INVESTIGATING THE CASE AS AN ATTEMPTED HOMICIDE! I HAVE HAD MOUNTING THREATS ON ALL SM PLATFORMS BY THIS VILE “WOLFPACK” & THIS IM SURE IS A RESULT OF THOSE NEGATIVE ACTIONS! I HAVE REASON 2 BELIEVE ITS ALL CONNECTED! ENOUGH IS ENOUGH! HOW SICK R THESE PPL?!?

In an interview with Megyn Kelly in October 2017, Feldman said he’d given the names of people he says abused him and fellow actor Corey Haim when they were children in the 80s to the authorities, who had failed to act on the tip off.

“I’ve told these names to the police,” Feldman said. I’ve told the names to investigative reporters. Nobody’s ever put it out there.”

He went on to say that it was while he was being interviewed during the allegations of child abuse surrounding Michael Jackson in 1993 that he gave Santa Barbara police the identity of his abusers.

He claims that he was told to go to the LAPD with the accusations, as the alleged abuse took place outside of Santa Barbara’s jurisdiction.

However, Feldman says he feared being ‘shamed’ and ‘scolded’, and so did not.

“Believe me, I would love the pain to stop today,” he said. “This is about creating a cycle of awareness. This is about opening people’s eyes and minds to the fact that this is a real problem.”

In November 2017, the LAPD said it had dropped its investigation into sexual abuse claims from the former child actor as “the alleged occurrence is out of statute, and Robbery-Homicide detectives have no other avenues to pursue this case”.