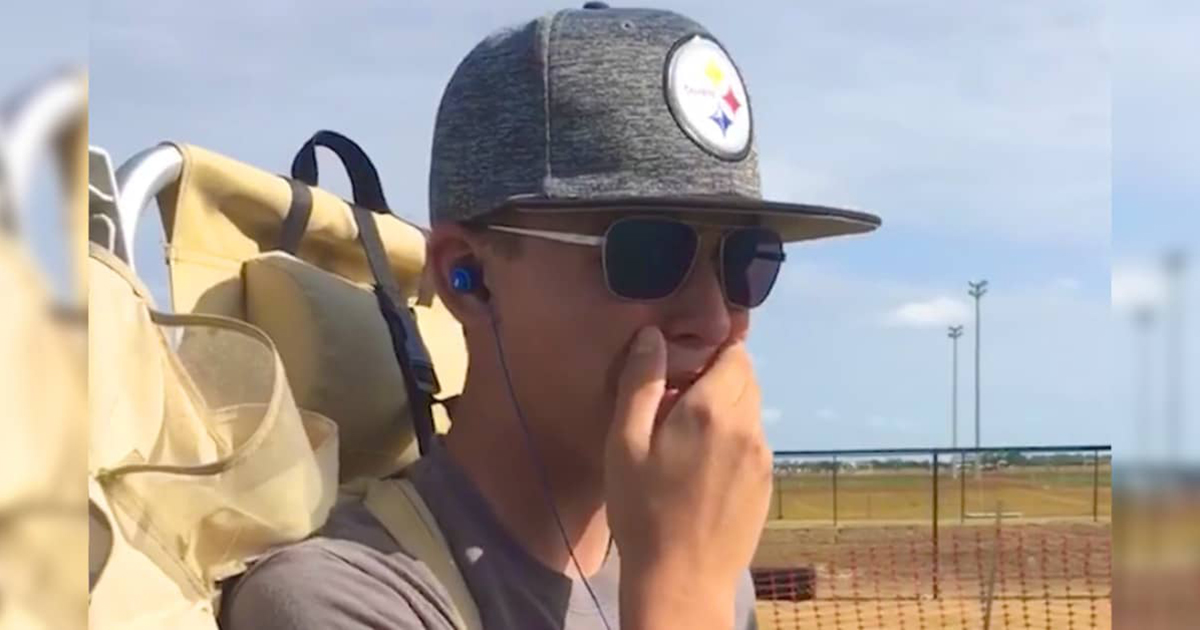 Brody was born color blind so has never been able to see the world in the same way as everyone else. So when he was given a gift that would grant him the gift of seeing with color, he could barely contain his emotions as he saw the world for the very first time.

Could you imagine living in a world where you couldn’t appreciate the blue of the sky or the orange of the Autumn leaves? A world where everything you see is dull, but you wouldn’t even know any different because it’s all you’ve ever known. For people who are born colorblind, that is a daily reality.

Color blindness (or Color Vision Deficiency) is a vision problem where your brain can’t distinguish certain colors, such as red and green or blue and yellow. People with this deficiency can see colors but certain colors appear washed out, so Brody had never seen the world in all of its bright glory before.

Brody has been colorblind since birth. His family gave him Enchroma sunglasses at his sisters soccer tournament so he could see the various colored soccer jerseys. His expression of wonder and the tears that followed were all the validation we needed to know our son could finally experience this beautiful world the way it was meant to be seen! As parents, we felt like we were finally able to give our son the gift of color, one which we weren’t able to give him at birth.

The moment where Brody puts on the Enchroma sunglasses and sees the world through them for the first time is one of the most emotional things you will see. As he exclaims “Is this the real world? Is this what it looks like?” he begins to sob as he is overcome with happiness at the extravagance of everything he is seeing.

It is a truly touching moment and we’re glad that they decided to share their video with the world. It reminds us how something that we take for granted can mean the world to someone else.

If you were as moved by Brody’s video as we were, then please leave your thoughts in the comment section below.