Restaurants were even giving free meals and beverages to veterans as a thank you for all the work they’ve put in for their country, including select Chili’s locations all across the country. Most veterans received their meals without a hitch. Most were treated with the respect one would assume goes with being a US soldier.

But this Black veteran had his free meal taken away at a Chili’s restaurant because a customer accused him of lying. 47-year-old Ernest Walker ordered a burger at Chili’s while his service dog sat beside him.

Then, he was approached by an old white man wearing a Donald Trump shirt who told Walker that Blacks weren’t allowed to serve in Germany. The guest complained to the manager who accused Ernest of not being a real soldier, as he was wearing an army uniform, but kept his hat on indoors, which is considered unbecoming behavior for a “real” soldier.

The manager further relayed the message to Ernest, saying the guest also accused Ernest of lying about the status of his service dog, Barack. He claimed that Barack wasn’t a service dog, just Ernest’s pet. That’s when Ernest decided to whip out his cell phone camera and start recording the interaction between him and the manager.

“Barack had his red service vest on, and his certified service tags. I was sitting for 35 minutes prior with Barack beforehand. At this point I was grossly offended, embarrassed, dehumanized and started recording.”

Showing the manager his military ID and discharge papers did little to stop the manager from taking away Walker’s meal.


He grabbed Walker’s leftover take away box as the veteran sat there in disbelief. Thankfully, he got the entire encounter on video and wrote about the humiliating experience in a Facebook post:

I was approached by an old white guy, maybe in his 70s, with a Trump Shirt, at Chili’s on Veteran’s Day yesterday. He asked if I was in the 24th unit, and I said “no the 25th”. TRICK QUESTION. He said he was in Germany, and that they did not let Blacks serve over there. He left to the back, and came back and rubbed my dog Barack, who is a service dog. I was seated and eating my food. The waitress packed the rest of my food in a to go box because I had to go pick up my wife. I got my food and tipped the waitress. Then the Manager, MR. Wesley Patrick, comes from the same area in the back, walked up, and rudly informs me that a guest said that I was not a real soldier because I had my hat on indoors. Other guests heard him. He asked for my military ID, I was calm, and provided it to him. I also provided him with my DD214 which is my discharge paperwork. At that point he should have just said “I am sorry Sir, thank you for your service’ Instead he followed up with “the guest also said your dog is not a service dog.” Barack had his Red Service Vest on, and his Certified Service Tags. I was sitting for 35 minutes prior with Barack beforehand. At this point I was grossly offended embarrassed dehumanized and started Recording…Mr. Wesley snatched my food away, made body contact

Chili’s was appalled by the store manager’s actions against Walker and issued a statement regarding his treatment at one of their restaurants.

And commenters keep demanding that Chili’s take disciplinary action against the branch that treated Walker so poorly.

Sounds like the restaurant is taking it seriously, though, which is good news. They responded to a bunch of concerned commenters in their Veterans Day thread. 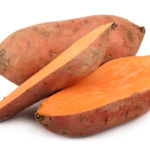 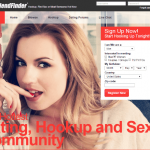