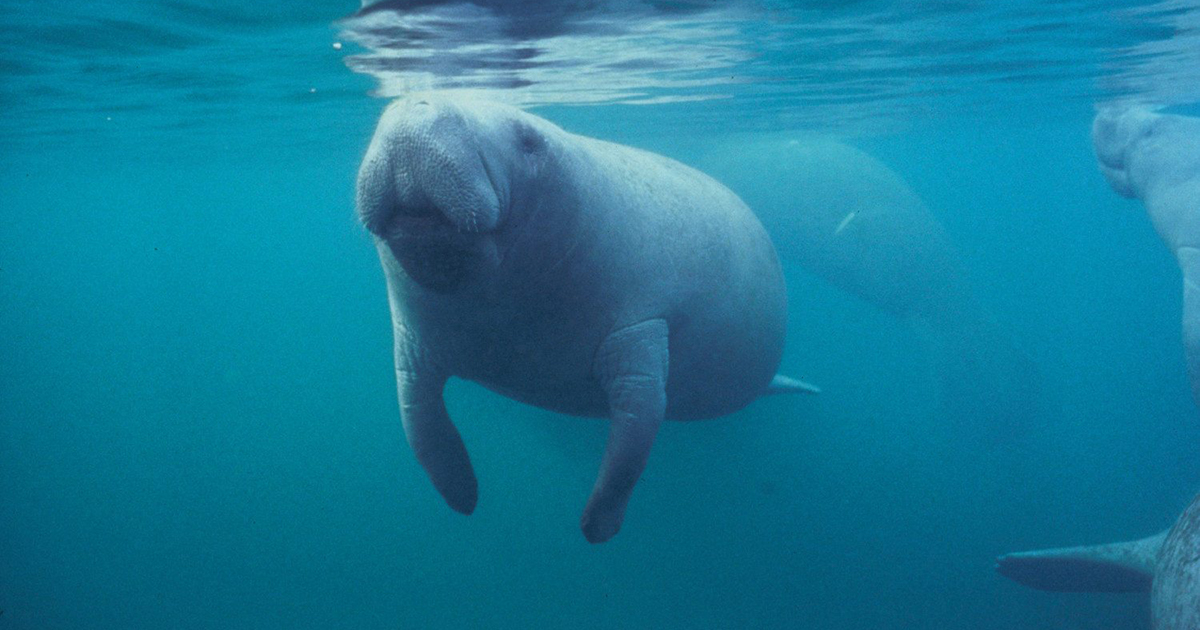 It’s always exciting to have a real-life encounter with wildlife, especially when you’re on vacation. Beachgoers in Siesta Key Beach, Florida were treated to a particularly spectacular wildlife experience last week when a group of manatees graced the beach with their friendly presence.

As you can see in the video, filmed by Chris Otto, a pod of five manatees swam slowly past the crowd in the shallow, sunny waters of Siesta Key Beach (about 15 minutes from Sarasota). The manatees were swimming very close to shore, and didn’t seem at all bothered by the number of people gathered to watch them.

The whole crowd was in awe of the elephant-like sea creatures—one guy in the video comments, “This is the coolest thing you’ve ever going to see!” Another beachgoer says, “I feel like I’m going to cry!”

Of course, this manatee sighting is also a great photo op—almost everyone in this video is armed with their phones, filming and photographing so as to capture the moment for posterity.


Manatees (sometimes called “the cow of the sea”) are large, slow-moving mammals that are generally quite friendly to humans. The manatee is the state marine mammal of Florida and is often seen in the warm, shallow waters of the oceans, bays and inlets of the state.

Earlier this year, the U.S. Department of Interior announced that West Indian manatees would be reclassified from an endangered to a threatened species. Decades of work helped restore the manatee population in the Atlantic Ocean to healthier levels, although some experts felt that the reclassification was premature.  It’s currently estimated that there are about 6,000 manatees living in Florida.

You don’t have to wait for a random encounter to view manatees in the wild, though, as Visit Florida has compiled a list of five great places to see manatees in the state. If you can’t make the trip, check out the Save the Manatees club’s popular livestream of a manatee habitat at Blue Spring State Park.