Coming out of a breakup in one piece is one of the hardest things to overcome. Even if we weren’t all that happy in the relationship, the comfort of being with a person and having them in your life is something that’s difficult to separate from the fact that they just weren’t the one for you.

And even if you were the one who did wrong in the relationship, like not giving enough emotionally or cheating on the other person. Sure, you are probably the one to blame, but we’re all victims of our own stupidity at one point or another.

Like this woman who cheated on her boyfriend and reached out to the man she was having an affair with to express just how upset she was.

But it turns out that the sympathetic ear she was talking to wasn’t exactly who she thought it was. 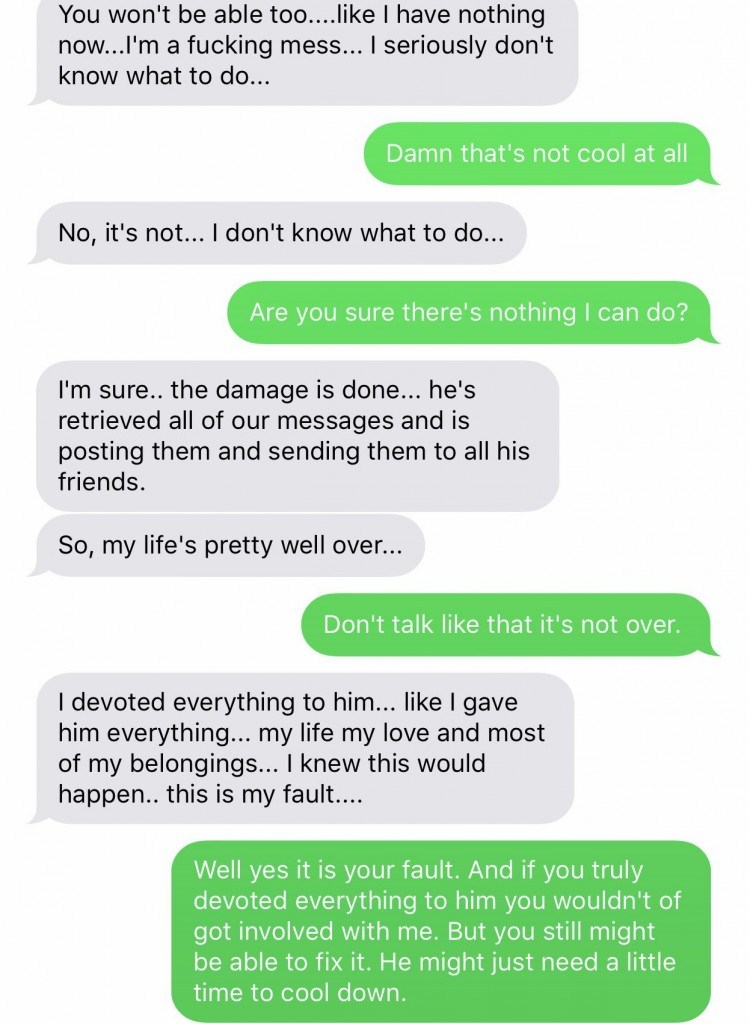 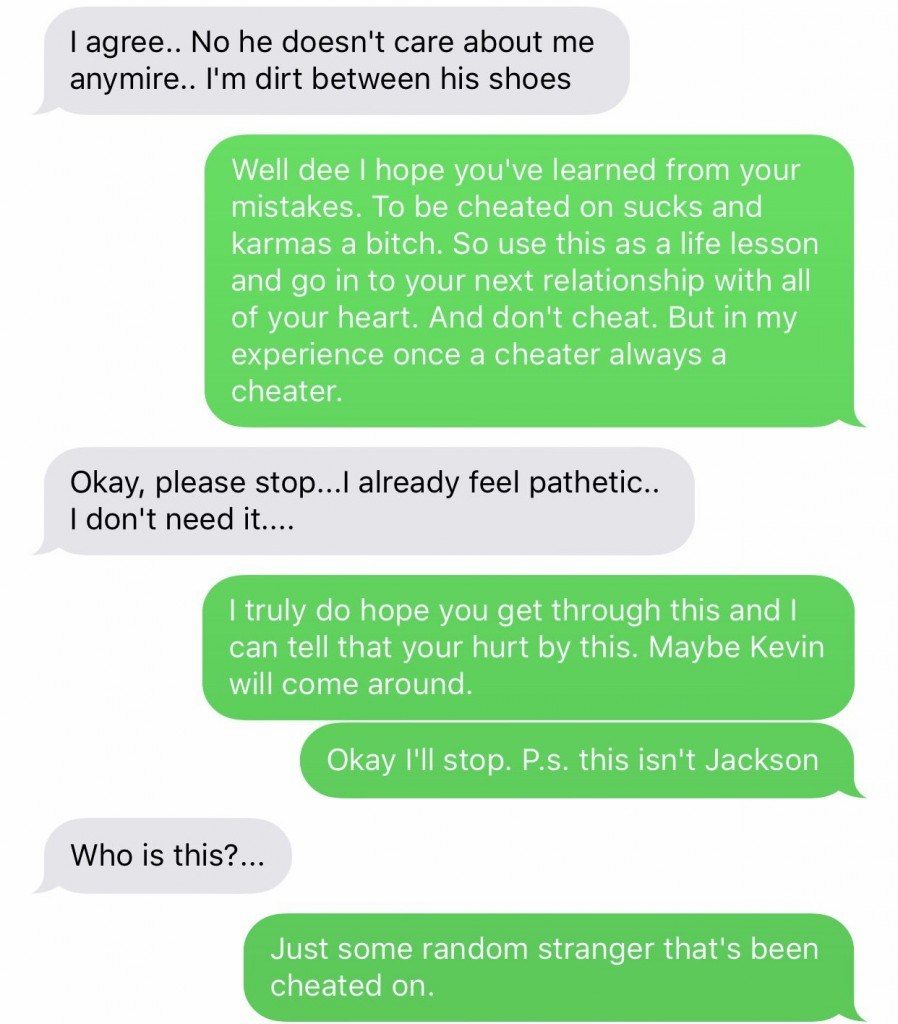 
For a stranger, especially one who’s been cheated on themselves, this person actually gave some sound advice to Dee in her time of need. Hopefully she’ll learn her lesson and the saying, “once a cheater always a cheater” doesn’t apply to her.