Back in November, a shopper in Sainsbury’s Brockley spotted a cat sauntering around the aisle and tweeted a photo of it. The staff of the store apparently tried to send him away countless times, but he keeps on finding his way back in. Staff and local residents are charmed and he has become a local celebrity online and around town. Take a look for yourself and see how much of an adorable rogue this cat is.
(h/t: thedodo)

He has been sauntering around the shop despite repeated attempts of the staff to remove him. No matter how many times they kick him out, he always finds his way back in.

For Brockley residents and staff, however, he is more affectionately called “Brockley Cat”, and everyone stops by to give him a tickle.

The post Cat Refuses To Leave This Supermarket, No Matter How many Times They Try To Kick Him Out appeared first on Just something (creative). 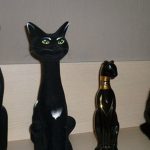 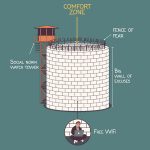