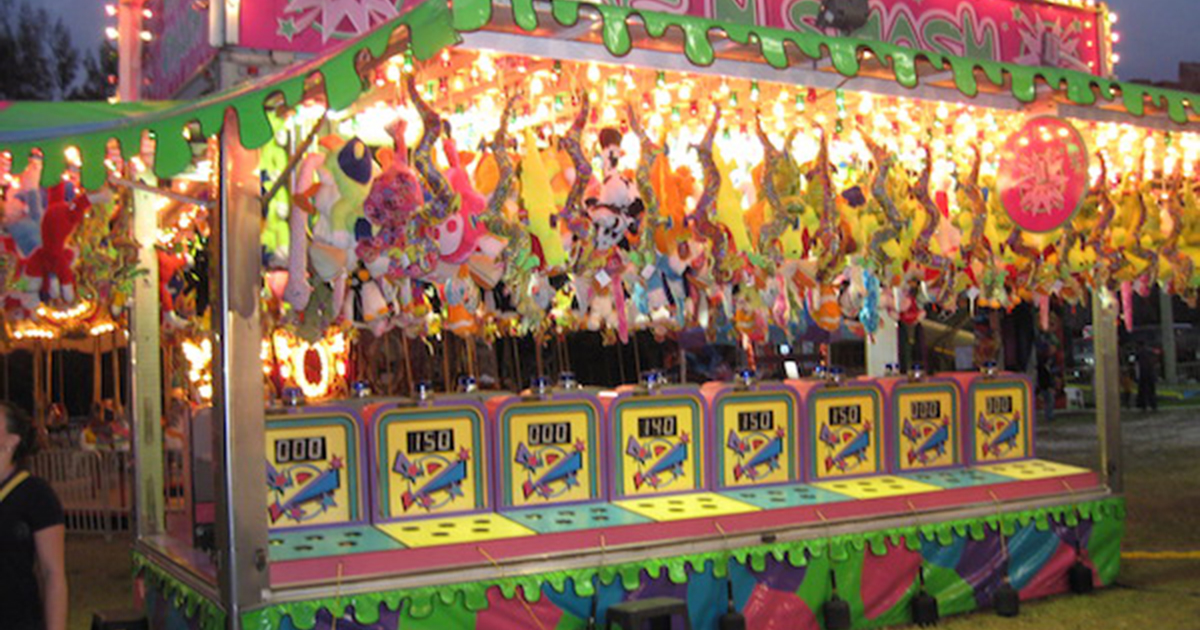 There are many activities that people partake in even though it’s obvious the outcome won’t be in their favor. Gambling is a good example, especially forms of betting, like lottery or slot machines. Even though the odds of winning are often astronomically low, people still gladly drop down hard earned money just to take a chance.

But at least those games aren’t entirely rigged in favor of the house.

Carnival games, on the other hand—well, those are another story. They leave people with literally no chance of winning, yet participants will hand over fistfuls of cash to shoot basketballs through smaller-than-regulation hoops, pop balloons with dull darts, or bang their heads against glass windows while watching a crane drop prizes just seconds before a sure win.

In some cases, people lose more than just a $20 on a day at the fair. Do you remember the story of Henry Gribbohm? In an attempt to capture the crown of “Father of the Year” by winning an Xbox Kinect for his kid, the New Hampshire man lost $2,600 on the game Tubs of Fun. He ended up walking away with close to nothing, but a giant dreadlocked banana for his efforts.

Gribbohm complained to authorities, believing the game was rigged. He explained it “was simple when he practiced, but when he started playing for the prize something changed, and the balls kept popping out of the tubs.”

While most adults realize that these county fair and boardwalk amusements are fixed, we play anyway, either believing we’re good enough to beat the game or because we just don’t care. But if you’ve ever wondered exactly how the games favor the owner, here are some ways they’re taking your money.

Commonly Rigged Games And How Each Is Done

Some of the tricks are pretty obvious, but others are more underhanded than people realize.

The duck pond game involves players fishing for plastic ducks. A designated prize is written at the bottom of every fowl, and every little yellow figure is a winner—except about 99% of the ducks are marked with prizes from the bottom shelves.

The games that involve guessing a customer’s weight, height, or age aren’t necessarily rigged, but the game favors the owner because he honestly doesn’t care about actually getting the number correct. The prizes given away when he’s wrong are much cheaper than the fee paid to play the game, so he makes money every time.

Games like balloon popping and basketball toss are where the tricks get a little more devious. In balloon pop, dull darts or lighter weight darts are often used, and some carnival employees have been known even to heat the tips of the darts to make popping balloons even harder. If none of those work, carnys just don’t blow the balloons up all the way, making them almost impossible to bust.


As for basketball shots (or “free toss,” as they’re commonly called), their rims are smaller than regulation hoops. This article explains how the rim is bent into an oblong shape to appear larger in the front. Even with a perfect shot, there’s only small margin of error for shooters.

And to shed light on Mr. Gribbohm’s incident, the Tubs of Fun was most likely rigged. Here’s an explanation from Bill L. Howard. He’s been investigating popular carnival games for fraud since 1978.

“The real trick: “From inside the booth, the carny tosses a softball and from his vantage point, it stays inside the tub. Then he gives you the second softball for a practice throw—and it stays in for a win. Why? The carny’s first ball remains inside the tub to deaden it and prevent your toss from bouncing out. But once you hand over your money, he removes both balls and hands them to you. Without a deadening ball, guess what? Your first toss bounces out. You might as well throw your second ball across the midway because no way it will stay inside the tub, either.”

Last but not least, we have the popular milk bottle toss. Just about every part of this carnival game is a sham. The bottom pins are usually filled with lead, the softballs are filled with cork to make them lighter than regulation balls, or the bottles may be stacked against a backdrop curtain that keeps them upright. 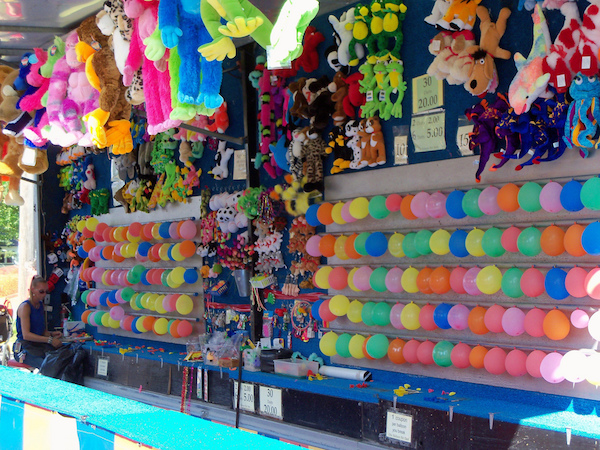 If you’ve read all this and still want to beat the rigged system here’s a comprehensive list of every popular carnival game and how to beat each.

The best advice on how to beat these games? Don’t play at all. The prizes are usually cheap and not worth a fraction of the money customers pay to play—just ask Mr.Gribbohm.

“For once in my life, I happened to become that sucker,” he said. “I was foolish for putting up my life savings.”

The post Carnival Games Are Rigged – Here’s How Scammers Pull It Off appeared first on Oddee.