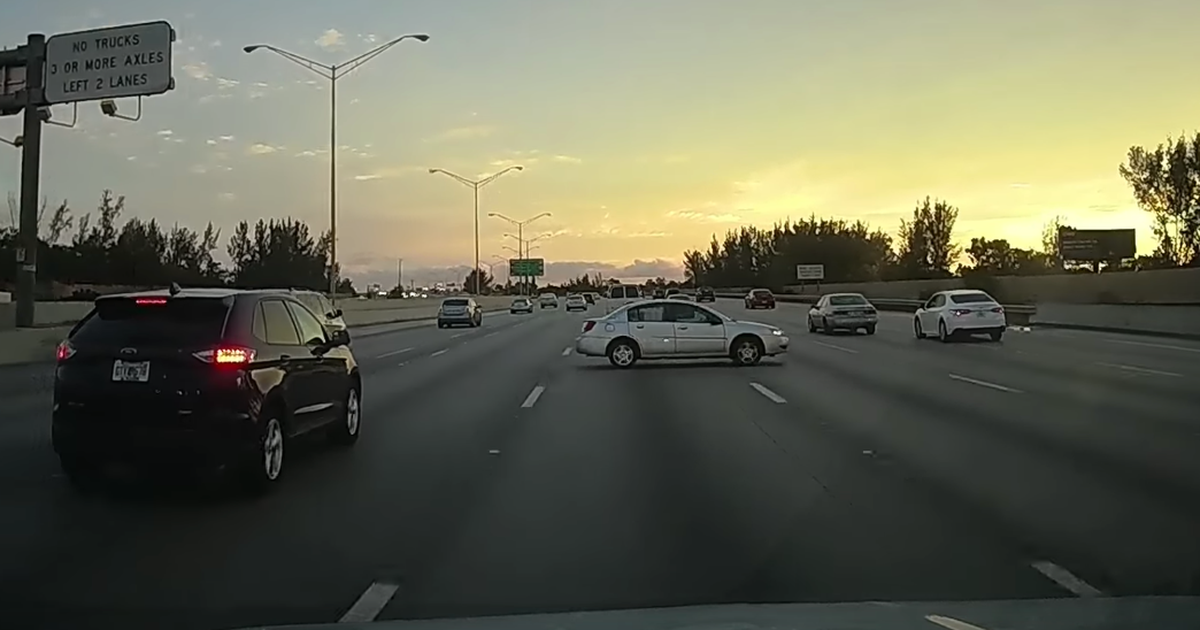 A driver traveling in a Saturn on Interstate 95 in South Florida got extremely lucky after spinning out of control at high speeds.

A dashcam from inside a car following the Saturn captured the moment on camera. The car begins to merge right into another lane without signaling, but is forced to abort at the last moment as a speeding car nearly causes a collision.

The sudden correction causes the Saturn to spin out, and the car briefly travels backwards, just like in an action flick. The driver manages to reverse the spinout, righting his car to the original lane, and quickly merging to the lane the driver originally intended.

The driver managed to avoid making contact with all other cars, though they came incredibly close. It’s unclear if this move was a skillful move or just dumb luck, but either way, it was incredibly impressive. Though, um, not quite as impressive as not making the mistake in the first place.