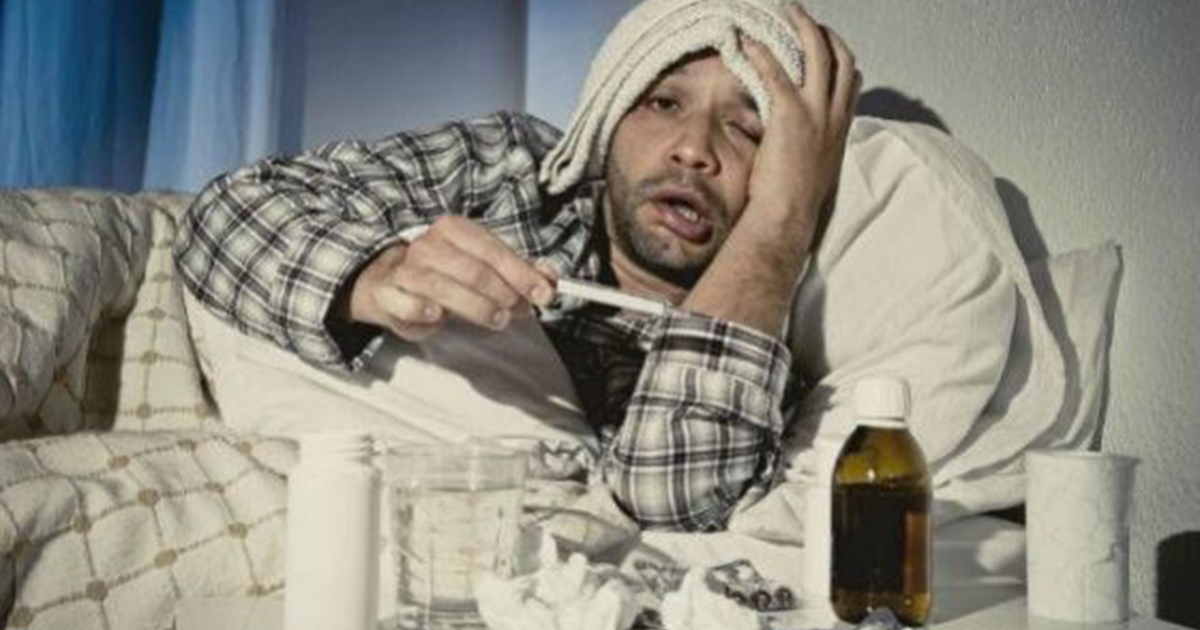 A Canadian doctor is saying that the “man flu” (when men get much sicker than women with the same cold) is the real deal. The new article in the Christmas issue of the British Medical Journal explores the science behind a debate that has annoyed sniffling, coughing men and infuriated women for years.

Most of us know the story. When men get sick, they tend to complain about their symptoms much more than their female counterparts.

But one doctor says it’s time to take men’s colds and flu seriously. Would it surprise you to know that the doctor who studied this is a man?

Dr. Kyle Sue, a clinical assistant professor in family medicine at Memorial University in St. John’s, decided to study the available research to see if he could settle the debate with science. He concluded that there is a little evidence, albeit very limited, that the man flu is actually nothing to sneeze at. “I think the symptoms are real,” Sue said. “And they’re worse.”

Dr. Sue was starting to take the “man flu” personally. “I’ve been criticized for exaggerating my symptoms when I had the flu,” he told CBC News from Arviat, Nunavut, where he’s the community’s only doctor. “I thought. You know what? This would be an interesting topic to look into,” he said. “Since about half of the world’s population is male, deeming male viral respiratory symptoms as ‘exaggerated’ without rigorous scientific evidence could have important implications for men,” he wrote.


Other findings included a seasonal flu study from 2004-10 in Hong Kong which found men had a higher risk of hospital admission than women.  A United States observational study from 1997-2007 showed men had higher rates of flu-associated deaths compared to women and women are more responsive to vaccination than men. In an unscientific survey, men suffering from the flu reported taking more time off from work than women. Sue says these studies point to men having weaker immune systems than women overall.

“Testosterone is a hormone that actually acts as an immunosuppressant. Whereas estrogen works in the opposite direction. They stimulate the immune system,” he told CBC News. “So men with higher testosterone actually end up being more susceptible to viral respiratory and tend to get them worse.”

Sue admits the evidence is limited, particularly since much of it involved mice. He says more higher-quality research needs to be done to determine conclusively whether man flu is an actual medical phenomenon.  “The whole point of doing this article is to prove that men are not wimps,” he said in an interview. “Actually, we are suffering from something we have no control over … [We] should be given the benefit of the doubt rather than being criticized for not functioning well during the flu or the common cold.”

But, in keeping with the cheerful spirit of the season — and with tongue firmly planted in cheek —  Sue also wrote about the benefits to having a “less robust immune system.” In times of illness, it allows men to conserve their energy by lying on the couch or not getting out of bed. –CBC News

“Perhaps now is the time for male-friendly spaces, equipped with enormous televisions and reclining chairs, to be set up where men can recover from the debilitating effects of man flu in safety and comfort,” said Sue.