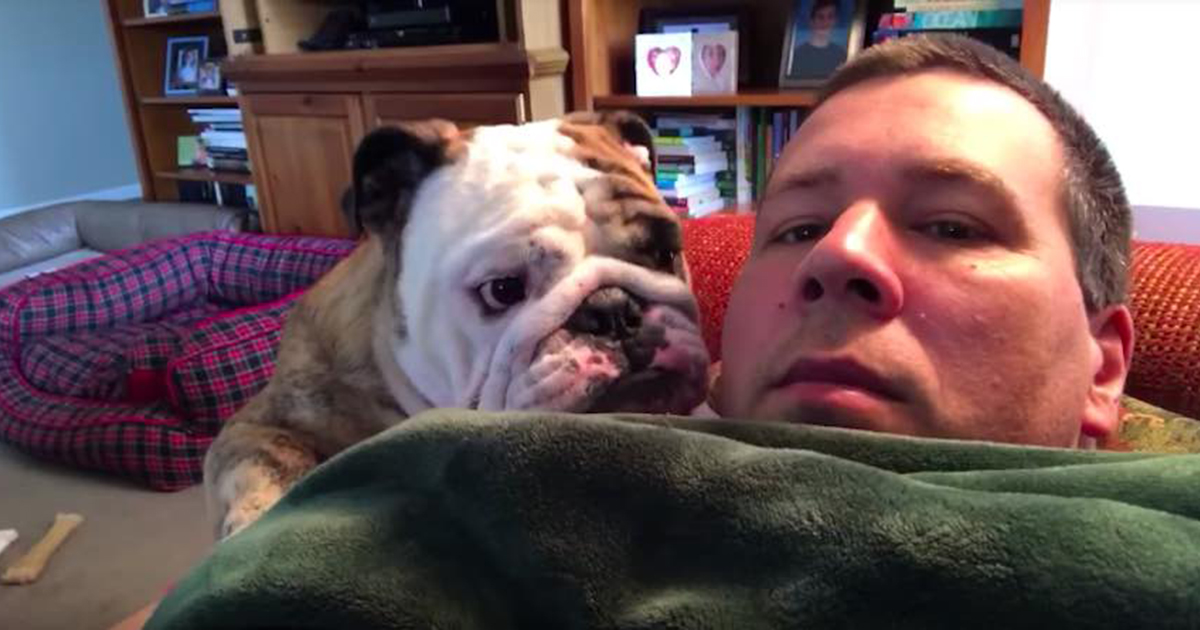 Reuben the English Bulldog is not used to hearing “no”, so when he’s told by his dad that he’s not allowed to lie on top of him…well, he stomps over to his bed and throws an adorable temper tantrum.

Reuben the Bulldog’s family was told when they got him that he would require large amounts of love and attention. How true this turned out to be! They were happy to provide it, but every now and then they just need some time to relax.

Here’s a moment where Reuben sees his dad relaxing on the couch, attempting to have a short nap, but that won’t do if he’s not right there on top of the situation….literally.

It seems dad’s plea to give him “a break, just for today”, is falling on deaf ears.

Watch his cheeky reaction when he’s refused by dad. Too cute!