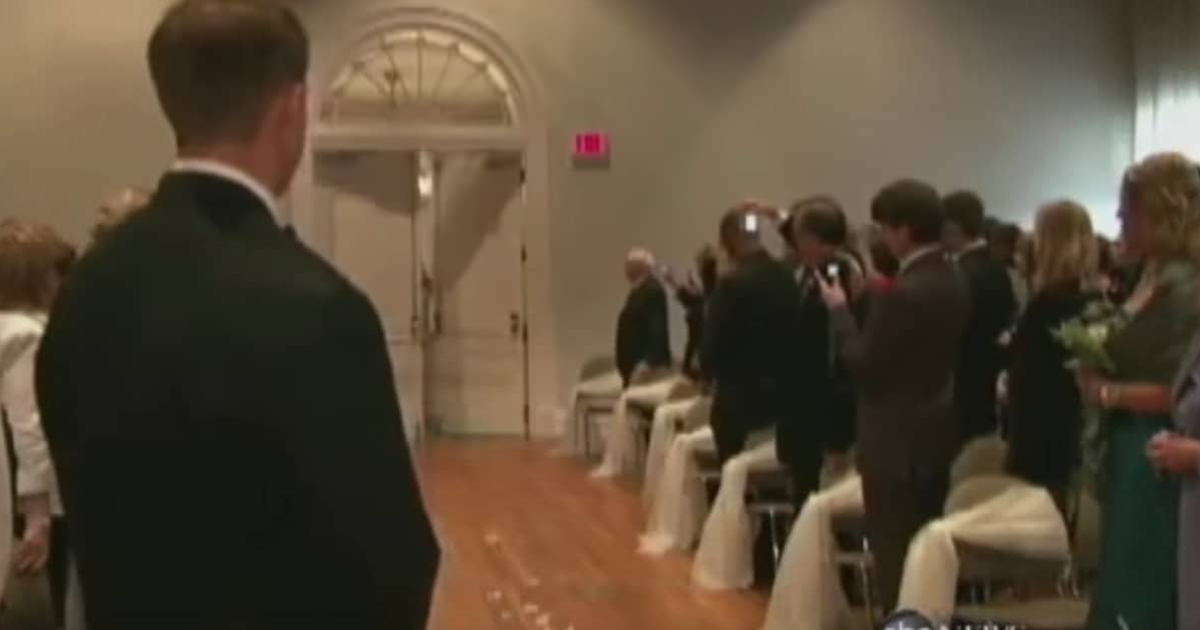 When Jennifer Darmon was involved in a horrific car crash back in 2008, her dreams of getting married and being able to walk down the aisle were shattered. Luckily she survived but also was paralysed from the accident.

Two years earlier was when her love story began, where she met a paramedic called Mike Belawetz. After dating for a while, the couple then fell in love. It was two years on and the couple were on a road trip to visit some friends when their van hit a car head on.

Mike and their friends were able to escape but Jennifer was unable to move. Since Mike was a paramedic he immediately began trying to free her. When he finally got her free, he felt her spine and knew something was wrong.

After being assessed at the hospital, doctors told Jennifer that she would never walk again. But being the person that she is, she refused to believe this and was determined to walk down the aisle to the person that saved her life.

She knew she had a long road ahead, with surgeries and therapy sessions, but Mike was always going to stay by her side. She told him:


“I told him a few times, ‘You don’t have to stay if this is something you don’t think you want in your life for the rest of your life,’” Jennifer said. “I figured that I would spare him.”

But Mike wasn’t going anywhere, and proposed to her on their 4th anniversary, and stayed right by her side through every operation and therapy session.

The big day finally arrived and every single guest was stunned to see just how far Jennifer had come. After spending year in a wheelchair, they were surprised to see her standing, let alone what was to follow throughout the day.

If you enjoyed this amazing and inspirational story please share it with your friends.