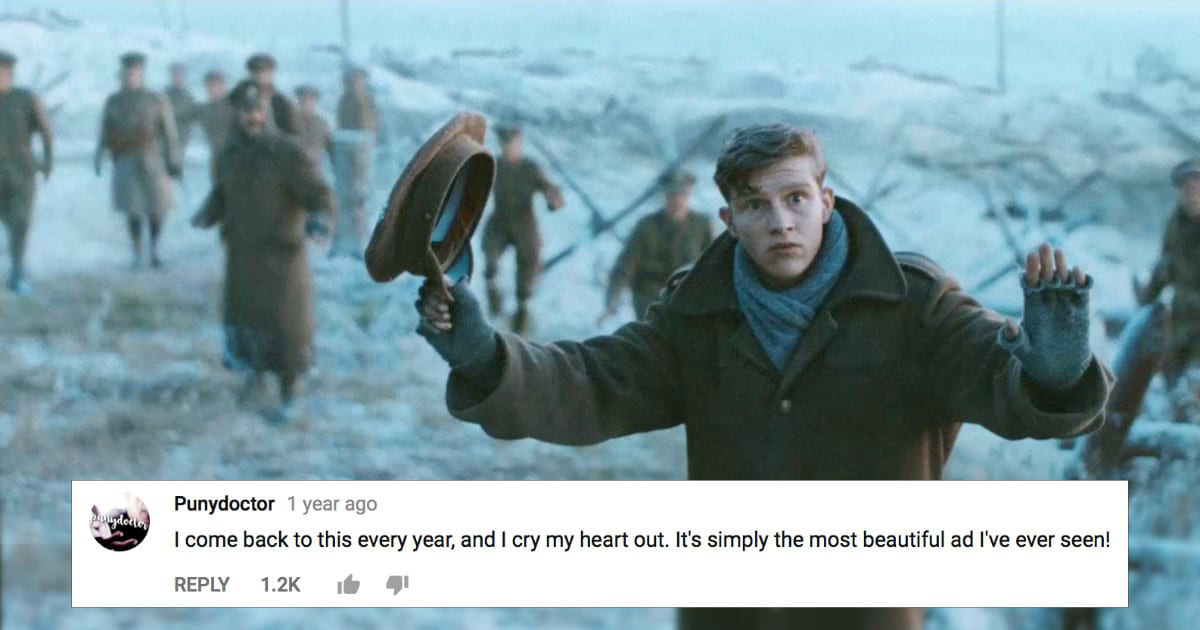 World War I was a brutal war that resulted in the loss of 16 million troops and civilians. But what many people don’t know is that, on Christmas Day of 1914, the two opposing sides of war put down their guns to embrace their humanity for a couple of hours and play together.

The historical Christmas truce of 1914 showed the best of humanity in the midst of a terrible time. The guns of the battlefield fell silent and the two armies met in no-man’s land. Instead of fighting, they shared gifts and played a legendary football match.

I think it shows the enduring ability of sport, and soccer in particular, to bring together factions and tribes and different people who are competing against each other, in a way that has comradeship right at the heart of the game.

Supermarket ‘Sainsbury’s’ marked the 100 year anniversary of the event by creating the perfect Christmas commercial.

Beginning with a young soldier, called Jim, receiving a package from his beloved back home in England, he smiles fondly as he looks back on their memories together. But his thoughts are suddenly interrupted by the sound of singing. The singing comes from the barricades of the German army.

As the undeniable tune of ‘Silent Night’ flows through the air, the English begin to gradually join in with the Germans singing the classic Christmas song. It is truly haunting to watch as the two armies sing along with each other in their respective languages.


The joint singing clears the air as the two opposing countries connect through the power of song and what comes next will leave you with chills all over your body and tears in your eyes.

On the morning of Christmas Day, somebody rises from the safety of the barracks to walk out into the dangerous no-man’s land. That one brave act results in a scene of unity and joy as the two opposing sides come together to enjoy just one day of peace in the midst of war.

Watch the video below to witness the true events that remind us why Christmas is such a special time of year. There is always hope and love, even in the darkest of days.

If you were moved by this commercial and think it embodies the message of Christmas, leave your thoughts in the comments below and share with your friends.