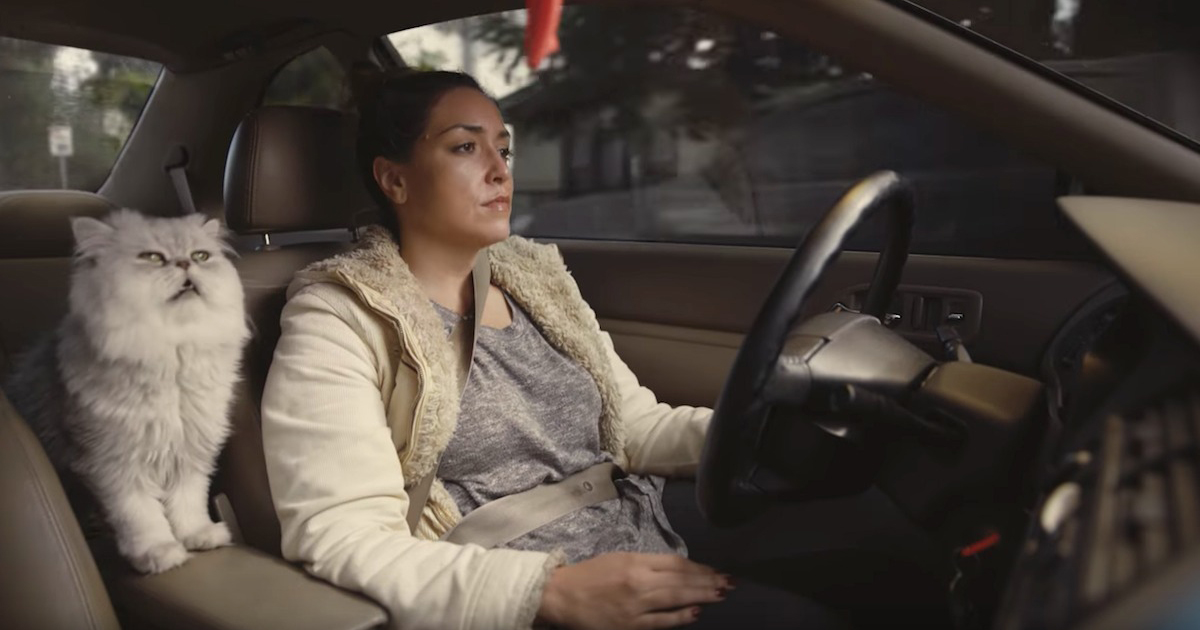 It’s not easy to sell an 11-year-old car with over 140,000 miles on it. But this boyfriend knew exactly what to do to help his girlfriend sell her 1996 Honda Accord. He made a “kick-ass” commercial only to have it go viral!

Starring his girlfriend, the ad opens with the narrator telling the viewer that “You’re different, you’re one of a kind…” The ad is a clever riff on the average car commercial that sells the viewer on an attitude. As the commercial says, “luxury is a state of mind”. There are also funny cuts of her driving with her cat and her coffee mug to keep an eye out for.

No doubt, the girlfriend will get multiple offers on her car. After all, at $499, it’s a bargain, right?

Share this funny and clever ad with your friends and family.