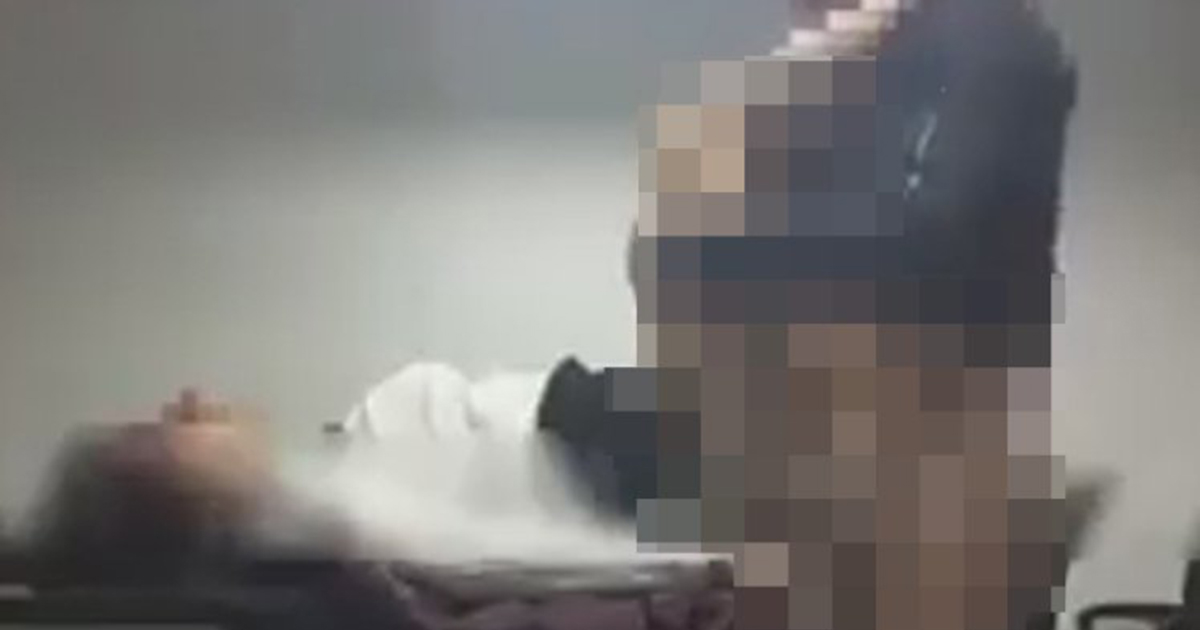 Pic shows: The two employees having sex in the conference room. This saucy footage allegedly showing a manager and his female subordinate having sex has led to two Chinese state-owned electricity provider employees being arrested for spreading "false rumours". The suspects, a man surnamed Tang and a woman surnamed Wang, face defamation charges as well as further punishment for spreading "false rumours" after they allegedly shared the footage. The arrest happened on 13th March after police in Guangzhou, capital of South China’s Guangdong Province, were made aware of the viral video, which shows a man and a woman having sex on a conference room table. Information shared with the clip, which has since been deleted wholesale from Chinese social media sites, claimed the couple involved were a senior manager at China Southern Power Grid’s Guangzhou headquarters, as well as a female staff member who worked under him. The post, which even featured a picture circling the two allegedly involved, claimed the manager had left the camera on following a conference call, with the office romp then recorded by another colleague. China Southern Power Grid, which is one of two state-owned power providers, is pressing charges against Tang and Wang, both 30, who have since admitted to spreading the rumours online. Tang, however, was quoted as saying he "heard rumours" of a sex scandal at their Guangzhou office but did not reveal where he obtained the footage used to illustrate it. It currently cannot be confirmed who the people in the footage actually are. Wang told the police that she "further dramatised" the rumours and shared them to major web forums online. The case as well as the origin of the footage is still under investigation.

I’m sure we can all admit that nothing takes the edge off a bad day like an office shag, but if you’re going to do that you want to be careful that you don’t broadcast the whole thing to everyone else in the company.

While this isn’t quite what a guy managed to do at the China Southern Power Grid in Guangzhou, he pretty much did the next best thing by forgetting that he was still broadcasting on a conference call to five other heads of power stations within the company. He was seen having sex with the junior employee on the boardroom table, which you can kind of see from the picture above – unfortunately (?) though this footage has been deleted from Chinese social media now by government officials who have accused the posters of ‘spreading lies’. Controversial.


The two workers that posted the video have been accused of defamation by Guangzhou Police and have admitted to the charges. Not sure what kind of punishment these guys face but I think it’s safe to say that they’ve lost their jobs. Kinda harsh for them to face defamation charges though when it’s probably pretty obvious to everyone watching the video that it’s their boss and the female worker in it. So it goes.